US wants to avoid 'total destruction' of Syria - Kerry 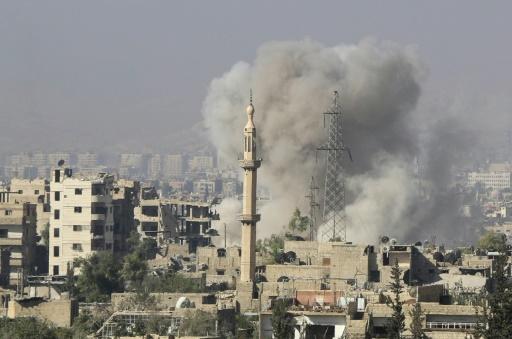 The United States is working to avoid the “total destruction” of Syria, and plans a meeting in the coming days with Russian, Saudi and Turkish leaders to seek an end to the conflict, Secretary of State John Kerry said Monday.

Washington considers that it bears the responsiblity “to try and avoid the complete and total destruction of Syria”, fearing the potential fallout across the region and a possible surge in migration, Kerry said on a stop in Madrid.

“We have a moral interest to try and stop this unfolding catastrophe,” he said.

“The threat of many more (refugees) coming if the violence continues and Syria absolutely implodes is real.”
Kerry also said he feared the consequences of Russia’s air strikes in Syria.

“Our fear (is that)… Russia is simply there to prop up (President Bashar al-) Assad,” he said, warning that Moscow’s air campaign might “attract more jihadists to the fight”.

If Moscow is willing to “help us find a political solution as well as… fight Daesh, then there is a possibility to try to find a way to another path”, he said, using an Arabic acronym for the Islamic State extremist group.