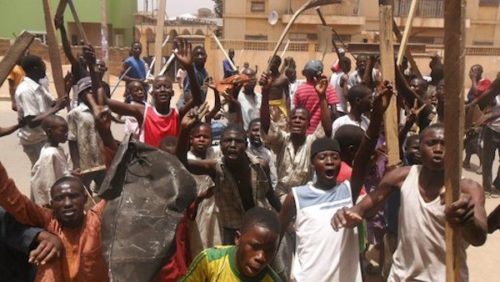 The death of Mr Abudulfatai Bello, lead counsel to Registered Trustees of Jama’a Foundation, has stalled hearing in the case of alleged human rights violation between it and the Federal Government.

The Registered Trustees of Jama’a Foundation, an Islamic organisation and five others, had dragged the Federal Government and one other to the ECOWAS Community Court of Justice in Abuja.

The Islamic organisation is seeking N105 billion in compensatory damages against the Federal Government over the death of 800 people and the displacement of 60,000 others in the violence that followed the 2011 presidential election.

In the suit number ECW/CCJ/APP/26/13, the organisation said that the deaths, destruction and displacement which affected some of its members, constituted a sustained violation of their right to life.

It also stressed that the action constituted a violation of human dignity, equal protection under the law, and other economic and social rights of the applicants and other members of their community.

The plaintiffs are also asking the court to direct the defendants to implement the recommendations of the Sheikh Lemu Investigative Panel set up by the Federal Government in the wake of the post-election violence.

The counsel to the respondents, at the last adjournment, urged the court to hear its preliminary objection in which it is contesting the locus standi of the plaintiffs before entertaining their prayers.

The Presiding Judge, Justice Chijioke Nwoke, had adjourned the case till Oct. 20 for hearing.

However, when the case came up on Tuesday in Abuja, Miss Zainab Bello, who made appearance for the plaintiff, told the court that the lead counsel, Mr Bello was deceased.

The counsel, who said Bello died on June 14, two days after he appeared before the court, requested the court to adjourn the case.

She asked for two or three consecutive days adjournment to enable the plaintiff to put its house in order before the continuation of the case.

Nwoke sympathised with family of the deceased and sent a condolence message on behalf of the court to the family of the late counsel.

Nwoke, while adjourning the case till Dec. 7 and Dec. 8 for definite hearing, said the respondent had sent a letter to the court indicating non-appearance.