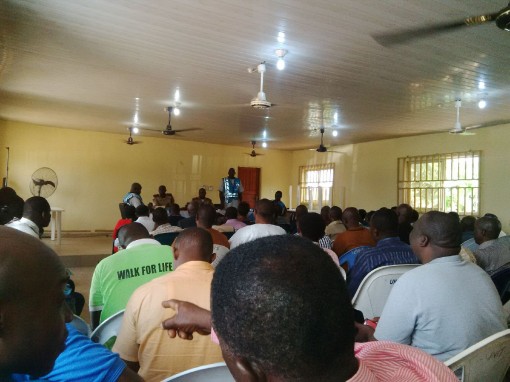 The Edo Sector Command of the Federal Road Safety Commission (FRSC), on Tuesday commenced a three-day recruitment exercise for Special Marshals in Benin, Edo South Senatorial District of the state.

Addressing the prospective Special Marshals, the Sector Commander, Mr. Oluwasusi Familoni‎, said the exercise was to fill up the available spaces approved for the state.

‎According to the Sector Commander, for one to be eligible as a Special Marshal, an applicant must be 28 years and above, have interest to serve, a worker with his or her own vehicle, with a valid vehicle and driver’s license and must be able to express himself or herself in simple languages.

‎Familoni said all Special Marshals have equal rights as the regular Marshals in the discharge of their duties, including arrest and prosecution of traffic offenders.

He said the Commission continues to organise and coordinate Road Safety Clubs in primary, secondary ‎schools and the National Youth Service Corps across the federation.

He disclosed that it’s operation was suspended at the university level to forestall possibility of it being hijacked by members of cult groups in the university campuses.

Vehicles and original copies of vehicle particulars, including driver’s licences of the applicants were screened for genuineness as part of the exercise.

They were assisted by officials from the State Licencing office and other relevant agencies.

Over a hundred volunteers ‎turned up for the recruitment exercise in Benin.