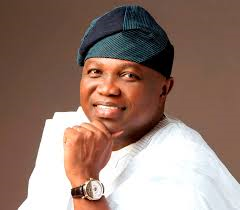 The Speaker of the Lagos State House of Assembly, Rt. Hon. Mudashiru Obasa has described the Supreme Court verdict on the governorship election in Lagos State as the final nail in the coffin of the state chapter of the Peoples Democratic Party (PDP).

“That the people of Lagos love Ambode and APC is not in doubt. Thus this Supreme Court victory is a final legal seal in the victory of our governor and the party at large,” he said.

The Speaker stated further that the people of Lagos are happy with the performance of the party in the state hence they will continue to vote for the party and its candidates.

“Our party has been tested and Lagosians have come to trust us hence their support for us.

“By going to court, the PDP and its candidate wanted to exercise their legal rights and thank God, the courts have proved to them that the mandate the Governor and our party is holding is legitimately given to them by the people of this state. It is final nail in their coffin,” he said.

Rt. Hon. Obasa congratulated the Governor and the party on the victory, noting that it is the right tonic for the newly sworn in executive council members to begin their work.