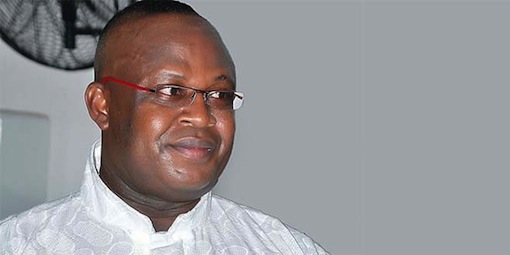 Chairman of the Peoples Democratic Party (PDP), Edo State chapter, Mr. Dan Orbih narrowly escaped death on Tuesday, when his convoy was involved in a ghastly accident at the notorious Ewu hill, along the Benin/Auchi Expressway.

The State Publicity Secretary of the PDP, Chris Nehikhare, in a press statement he released in Benin, said the accident happened when an articulated truck descending the hill from the Benin end of the road, lost control and rammed into Mr. Orbih’s convoy from behind, pushing the convoy of cars off the road and into the ravine.

Orbih and those travelling with him in his vehicle were said to be unhurt as they were able to crawl out of the ravine.

The driver of the articulated truck as well as two passengers in one of the other vehicles sustained injuries and were rushed to the Irrua Specialist Hospital for medical attention.

Nehikhare said the PDP family in Edo state was thankful to the Almighty that no lives were lost.

“We however pray for speedy recovery for them. We also use this opportunity to thank all our members, supporters and well-wishers for their calls and concerns so far,” he said.