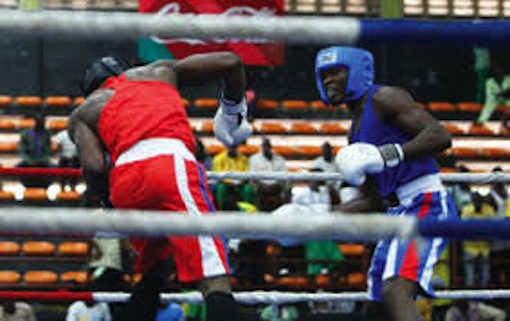 Waidi “Skoro” Usman has promised to make the bout between him and Taofik “Taozon” Bisuga at the GOtv Boxing Night his opponent’s last fight.

Skoro, the West African featherweight champion, will take on Bisuga in a featherweight challenge duel at the GOtv Boxing Night on 25 October. The event, an initiative to restore boxing to its former glory, will hold from 4pm at the Indoor Sports Hall of the National Stadium, Lagos.

Skoro, who claims to have the best trainer in the country, said: “Taozon is an old timer. I am the man for the modern age. Because he is old, he should retire. I have decided to send him on retirement since he does not want to retire voluntarily. I will beat him and make him announce that he is quitting boxing for good.”

On the card at the GOtv Boxing Night are five other fights, with the biggest being the 10-round international super middleweight contest between Nigeria’s Isaac Ekpo, a former Commonwealth champion, and Jules Kabore of Burkina Faso.

Also on the card are six-round duels which will see Jamiu “Naval Man” Olabode, take on Pelumi “Haggler” Sodubi in a Welterweight challenge,  while  Stanley “Edo Boy” Eribo will duel with Isiaka “Easy Lion” Yusuf.

Olaide “Fijaborn” Fijabi, who won the best boxer award and N1million cash prize at the last edition of the tournament will take on Saheed “Happy Boy” Olayiwola in a Light welterweight challenge bout.

The event will be broadcast live on SuperSport.