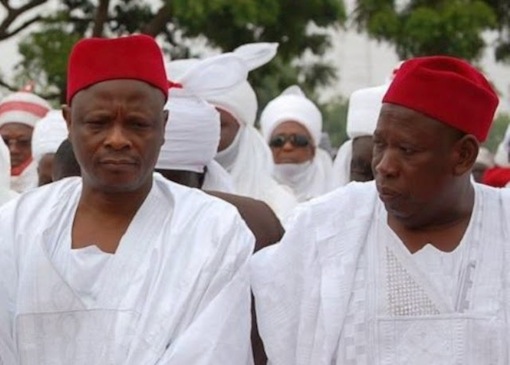 Alhaji Rabi’u Bichi, the Secretary to the Kano State Government, has dismissed rumours of a mutual distrust between Governor Abdullahi Ganduje and his predecessor, Senator Rabiu Kwankwaso.

Bichi made the clarification while speaking to newsmen on the 5th Anniversary of the formation of the ‘Kwankwasiyya Ideology’ in Kano on Wednesday.

The annual celebration is a mark of recognition of Kwankwaso’s selfless service to the state.

He said the impression was only being created and promoted to cause confusion and chaos in the state.

“Those people are political jobbers who must feed on gossips to survive.

“In politics, gossips are the order of the day and a ploy being perfected by some people to score some political capital.

“Any politician worth his salt must be ready to receive the bashing of his critics at any given time,” he said.

He advised politicians in the state to understand the simple logic of good governance and accountability in a democratic setting which Kwankwasiyya connotes.

Bichi assured the people of the state that the Ganduje Administration would do its best to develop the state.

He said Ganduje would remain loyal and committed to the promotion of the lofty ideals of Kwankwaso, now the Senator representing Kano Central Senatorial District.