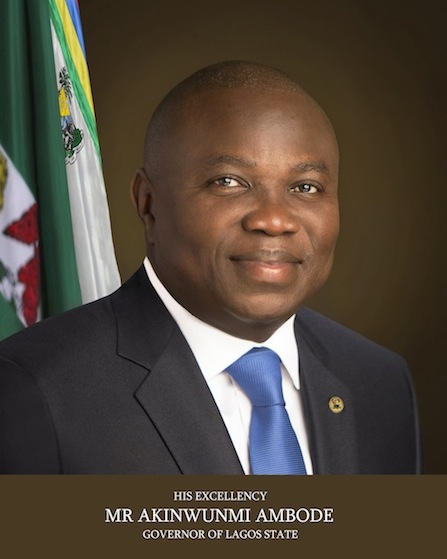 The Lagos State Internal Revenue Service (LIRS) on Thursday shut six companies for non-remittance of taxes due to the state government totaling over N50 million.

A statement signed by the Executive Chairman of LIRS, Mr Olufolarin Ogunsanwo, said the companies were sealed in pursuant to the provisions of Section 104 of the Personal Income Tax Act 2004 LFN (as amended in 2011) and will not be re-opened for business until all unremitted taxes are paid to the State Government.

He also warned defaulting companies, especially employers of labour that the State Governor, Mr Akinwunmi Ambode has zero tolerance for tax evasion, adding that LIRS is set to begin criminal prosecution of all tax defaulters in Lagos State to ensure that culprits are made to face the full wrath of the law.

The LIRS boss said that under the Personal Income Tax Act, a taxable person is statutorily required to file a return of income for the preceding year at the expiration of 90 days from the commencement of every year of assessment, whilst any employer of labour is required to file all emoluments paid to its employees for the preceding year, not later than 31st of January each year.

“In addition to that, employers will also be required to furnish the LIRS with the salary projection of all staff for the current year. The implication of which is that a taxable person or corporate organisations who have not filed their tax returns with LIRS by the stipulated date is in breach of the provisions of the law, which is a criminal offence that is punishable under the tax laws,” he said.

He listed such infractions to include, non deduction of taxes (PAYE, Withholding tax etc), non remittance of PAYE taxes deducted from employees, non deduction/remittance of taxes by casual workers, non-filing of tax returns at the stipulated statutory period, under declaration of income, concealment of relevant information (Income, fringe benefits etc) with a view to evading tax, failure to process Electronic Tax Clearance Certificate (e-TCC) cards for employees as a result of non remittance of tax deducted from their emoluments.

Ogunsanwo explained that the LIRS has spent the last ten years on advocacy, publicity and enlightenment programmes on the statutory obligations of the citizenry to voluntarily comply by paying their taxes promptly as prescribed in the constitution of the country and the applicable tax legislations, but in spite of the efforts, many corporate organisations and individuals still engage in several infractions.

He, however, thanked those who have continued to express their unalloyed support to the Lagos State Government by performing their civic duties; stressing that these voluntarily compliant taxpayers are seen as partners in progress, who through the prompt payment of their taxes empower the State Governor, Mr Akinwunmi Ambode to actualize his developmental agenda of infrastructural renewal, sustainable, habitable and safe environment, multimodal transportation network, qualitative healthcare, education, agricultural development and an investment friendly environment amongst others.

Ogunsanwo said the law is clear on issues bordering on tax evasion just as he reiterated that the LIRS will continue to take full advantage of the provisions of the law to prosecute recalcitrant corporate organisations and individuals without further notice.