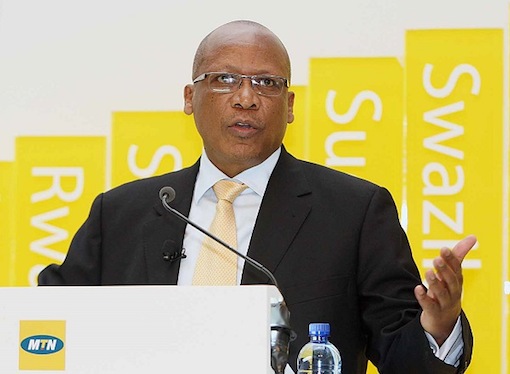 Over 5 million subscribers of MTN, Africa’s largest mobile phone operator, have ditched their lines with the telco outfit in Nigeria.

MTN reported a slowdown in quarterly subscriber growth on Thursday, caused by stiff competition and tougher regulation in the Nigerian market.

MTN said users increased 0.9 per cent in the three months to end-September, a slowdown from 2 per cent growth the same time a year ago.

Chief Executive Sifiso Dabengwa said the company’s subscriber base in Nigeria fell marginally after more than 5 million users disconnected from the network having failed to register their SIM cards.

“Aggressive price competition, weakening macroeconomic conditions in most of our markets and unfavourable exchange rate movements continued to impact financial performance for the quarter,” Dabengwa said.

Although mobile phone penetration is still well below 100 percent in Africa, growth in users is set to slow sharply in the next five years because the industry finds little commercial logic in deploying networks in remote, rural areas.