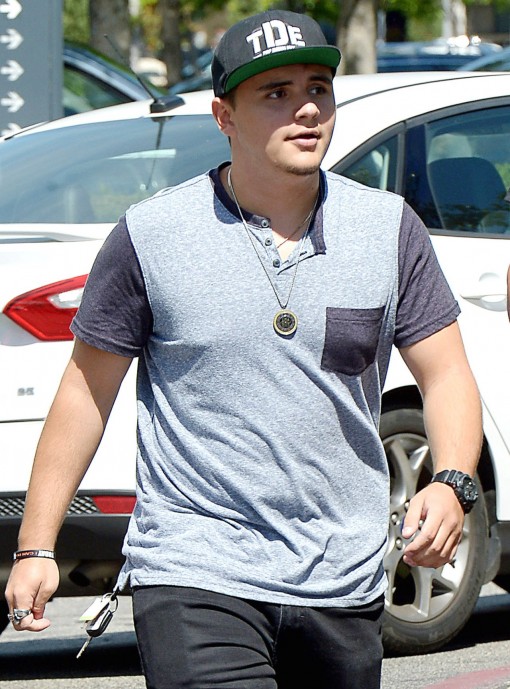 Prince Jackson has hit back at paternity critics on Twitter, whilst hinting that Michael Jackson may not be his biological father.
The 18-year old felt inclined to address the rumours when he saw (yet another) tweet claiming that he wasn’t “a Jackson”.
Even though the tweet doesn’t explicitly deny that Michael was his biological father, it suggests that they might not be blood related.
Prince and his siblings, Paris and Blanket, have been subjected to rumours surrounding their parentage ever since they were born – more specifically that Dr. Arnold W. Klein was the one who fathered the children with Michael’s ex-wife Debbie Rowe.
The Beverley Hills Dermatologist, now 70-years old, only added fuel to the fire back in January 2013 when he posted an old driver’s license alongside a photo of Prince and cryptically captioned it: ‘Hmmmm.’
Hmmmm, indeed.
One of the late singer’s friends, Jason Pfeiffer, has also previously claimed that both Prince and Paris were not Michael’s biological children.
In an interview with The Mirror he said: “One day as we talked about his children and Debbie Rowe, he just came out and said that his children were actually fathered by [British actor] Mark [Lester].”
“Michael calmly said, ‘My friend Mark donated the sperm’. I was taken aback, but I didn’t think to ask anymore questions about the procedure. He looked proud as he delivered the news.”
Arnold? Mark? Debbie?
Whoever was responsible for the Jackson trio’s upbringing, Prince is insistent that Michael was the only father he had ever known – and that’s good enough for us!