Mourinho on the brink as Chelsea fall again 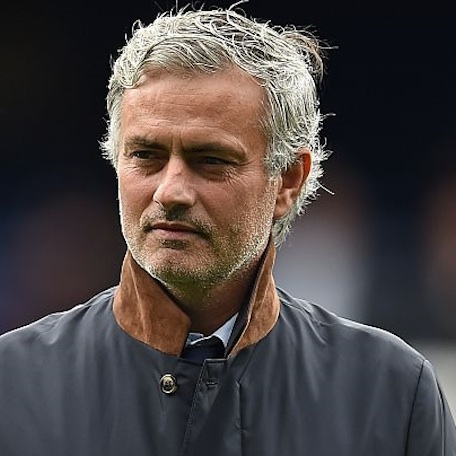 Jose Mourinho’s future at Chelsea looks ever more precarious after an extraordinary 2-1 defeat at London rivals West Ham on Saturday, where he was sent to the stands for confronting referee Jon Moss at half-time.

Nemanja Matic was sent off, while assistant coach Silvino Louro was also banished to the stands as Chelsea slumped to their fifth league defeat this season.

After the loss, Mourinho refused to speak to the media after being sent to the stands during his side’s 2-1 defeat at West Ham United on Saturday.

With Mourinho watching on from the Upton Park directors’ box, Gary Cahill equalised for Chelsea, only for Andy Carroll to head in a late winner that left the floundering Premier League champions 15th in the table.

Mourinho may now face a one-game stadium ban, having been handed a suspended ban by the Football Association last week for criticising the referee following his side’s recent 3-1 home defeat by Southampton.

Chelsea, for whom Kurt Zouma had a header blocked right on the goal-line in the first half, could also be fined for failing to put anyone forward for the post-match press conference.

But goal-scorer Cahill did speak to the media, telling the BBC his team-mates were “devastated” by the defeat, which was Chelsea’s fifth in 10 league games.

“In the first half the Cesc Fabregas goal could have been given and we had the goal that was nearly over the line. That sums up the way we’re going,” said the England centre-back.

“And then we’ve got the sending-off. Originally we played on — we thought the referee had played on. Maybe the assistant called it back. I’m not sure sure what’s happened there.

“We’ve not had the rub of the green, but we’re not feeling sorry for ourselves. We have to work hard to turn this around.”

Chelsea assistant coach Silvino Louro was also sent to the stands by Moss for protesting about Matic’s dismissal, while Fabregas and Diego Costa were booked for dissent.

West Ham manager Slaven Bilic said that he had spoken to Mourinho after the match.

“I feel for him,” the Croatian said. “Decisions from his point of view have gone against him. I would moan if it was against us. But they are not mistakes; they are matters of opinion.”