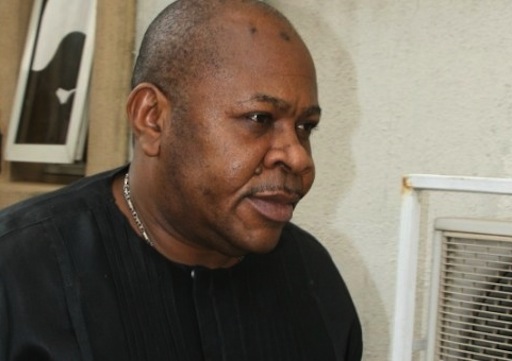 Oluronke was charged to court by the Economic and Financial Crimes Commission (EFCC) for conspiracy and obtaining money under false pretence. Specifically, the ex- court registrar was alleged to have collected a sum of $330,000(Three Hundred and Thirty Thousand United States Dollars) from a former Chief of Army Staff, Lieutenant-General Ishaya Bamaiyi( retd) at the Kirikiri maximum prison, Lagos, where he was an awaiting trial inmate.

Justice Akapo, adjourned proceedings in the trial to allow him deliver his judgment after the adoption of the final written addresses by the parties. EFCC’s counsel, Mr. Seidu Atteh, had called six witnesses and tendered 10 exhibits to prove the case.

Bamaiyi had in his testimony before the court alleged that Oluronke aided a Lagos based lawyer, Fred Ajudua, in defrauding him the sum of $330,000.

The money according to Bamaiyi was meant to be part payment for professional fees allegedly charged by legal icon, Chief Afe Babalola to handle his trial for attempted murder of the late publisher of The Guardian, Mr. Alex Ibru and two others. Bamaiyi said he met Ajudua and Alumile Adedeji a.k.a. Ade Bendel at Kirikiri maximum prison between November 2004 and June 2005.

But counsel to the defendant, Mr. Bamidele Ogundele, said that he was confident that his client would be discharged and acquitted by the court. According to him, there was no documentary evidence placed before the court and no identification parade of the alleged suspect was done.

“The constitutional power of prosecution to prove the case beyond reasonable doubt was not satisfied, adding that there was no fact that the defendant visited the prison to collect the alleged sum”, he said.