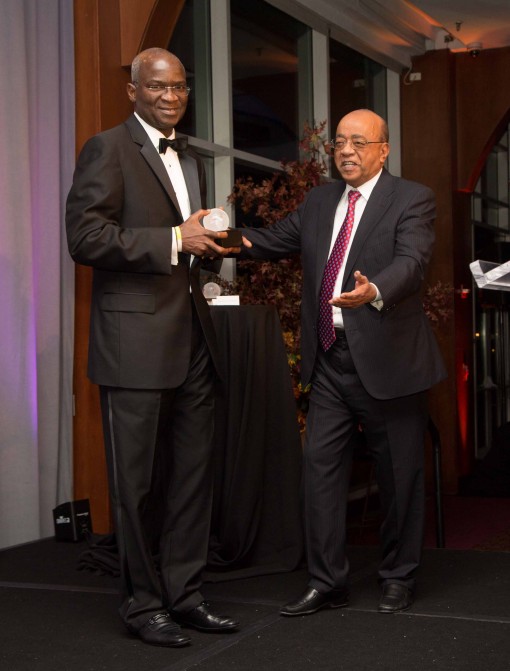 Minister-Designate and immediate past Governor of Lagos State, Mr Babatunde Fashola, SAN being presented the Stephen J. Solarz Award by the Founder of Mo Ibrahim Foundation, Dr Mo Ibrahim on behalf of the International Crisis Group for his commitment to building a peaceful and vibrant society; his work to improve social and economic conditions in Lagos including his role in preventing the Ebola outbreak from becoming a crisis in Nigeria during the Group’s 20th Anniversary Award Dinner at Pier Sixty, New York , United States on Tuesday, 26th October 2015.