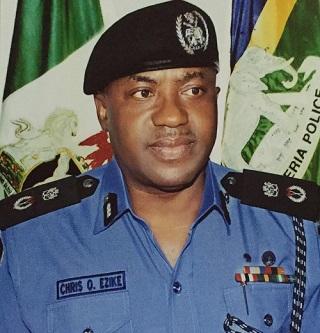 A Benin-based native doctor simply identified as Owe, has been reportedly stabbed to death by a woman during a fight.

The 44-year-old Owe, was allegedly stabbed in the chest last Friday at his residence located somewhere opposite Use Market Road Junction, Upper Siluko Road, Benin.

The suspected attacker (name withheld), who is now in police custody, is said to be a friend of the victim’s second wife.

Trouble allegedly began on the fateful day when the deceased who returned from the house of his third wife where he allegedly spent the night, did not meet the second wife at home, but was informed that the woman was away to Lagos Street, in Benin for shopping.

When the woman returned from the market, the deceased native doctor was said to have been enraged at his wife, locked the main door to her apartment, and fought with the woman.

It was further gathered that all efforts by other occupants of the house to make peace between the warring couple proved unsuccessful as the angry native doctor transferred his anger to his assailant who was said to be a close friend of his wife.

Apparently irked by the deceased’s action, the embattled lady allegedly ran to the kitchen, picked a knife and stabbed the native doctor to death.

The State Police Public Relations Officer, DSP Stephen Onwochei, who confirmed the incident, disclosed that the attacker turned herself over to the police after the incident.