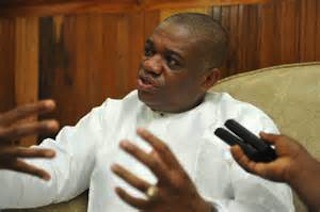 Chairman of The Nation Newspapers Editorial Board, Sam Omatseye, has slammed a N1 billion suit on The Sun newspapers over an alleged libelous publication by the newspaper.

The suit was filed at the High Court of Lagos State, Ikeja Judicial Division.

In the case filed by Omatseye’s counsel, Festus Keyamo, The Nation’s Editorial Board Chairman said his character and integrity had been defamed by The Sun publication of Tuesday, 13 October, 2015, titled: “Call Omatseye to Order, Kalu Tells Tinubu…Says The Nation Embarrassment to Journalism.”

The claimant alleged that several of the contents in the publication referred to him as an impostor, charlatan and fake personality; dubious person, mudslinger and dangerous personality; corrupt and an uncivilised person.

The Claimant averred that the libelous publication by the Defendant was widely circulated and read by millions of people in the world and particularly in Nigeria where the Claimant has several associates, friends, family and professional colleagues.

The Claimant also averred that by reason of the publication of the words set out in the newspaper, he (claimant) had been seriously injured in his character, credit, reputation and integrity and had been brought to public scandal, odium and contempt and had suffered damages.

The claimant is seeking an order for the sum of N1 billion being damages for the words published of and concerning the Claimant which are libelous by direct reference and innuendo.

The claimant also sought an order for a retraction and an unreserved apology by the Defendant for the words published of and concerning the Claimant which are libelous.

The claimant further sought an order of perpetual injunction restraining the Defendant whether by itself, its agents, privies or servants from further publishing or causing to be published any libelous, injurious or defamatory words against the Claimant and for such further order or other orders as the court might deem fit to make in the circumstances of this case.