5 arrested for hitching a ride on train 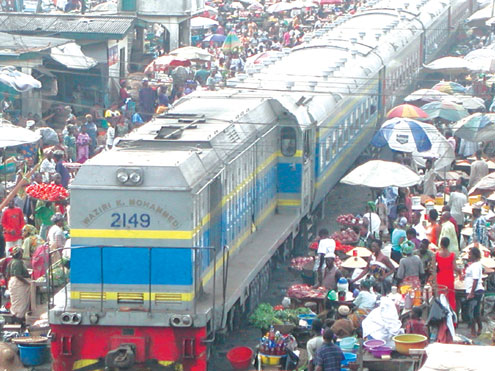 A train at Oshodi rail line

Five men have been arrested and charged before Ebute Metta Magistrates’ Court for hitching an illegal ride on a train in Lagos State, western Nigeria.

The suspects allegedly conspired and endangered the lives of passengers travelling by train by hanging on a moving train with identification number MTT I06.

They were charged with forcefully entering a train between Ikeja and Shogunle station without any lawfull authority under the Criminal code.

The suspects were arrested by the police while other accomplices escaped.

They pleaded not guilty when they were arraigned.

The prosecutor, DSP Nkaku, informed the court to take cognisance of the offence the suspects committed by endangering their lives and those of the other passengers on board.

The presiding Magistrate, Mr T. Abolerinwa granted them bail in the sum of N50,000 with one surety in like sum.

They were remanded in prison custody at Ikoyi pending when they will perfect their bail.

P.M.NEWS gathered that some persons hang precariously on moving trains to avoid paying fares for the trips they make on the train.

Instead of buying the railway tickets for their trips, hitch-hikers prefer to hang on moving trains for a ride to their destinations.

In some cases such hitch-hikers had fallen off the moving trains and died in the process.