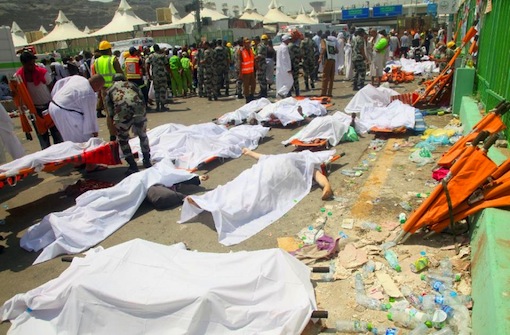 Hassan disclosed this on Friday in an interview with the News Agency of Nigeria (NAN) in Katsina.

He said that four pilgrims died during the ‘Jamrat’ stampede, and that another one died in the crane collapse incident.

The executive director said that three other pilgrims died due to various ailments during the Hajj.

Hassan further disclosed that the pilgrims that died in the ‘Jamrat’ stampede were from Jibia, Bindawa, Kafur and Katsina local government areas.

According to him, another pilgrim from Bindawa Local Government Area was still missing as a result of the stampede.

He revealed that two persons sustained fractures from the crane collapse and were recuperating.

Hassan also said that five persons suffered some forms of mental illness during the exercise.

The executive director pointed out that the State Pilgrims Welfare Board recorded success during the exercise.

He attributed the success to the support of the state government as well as the efforts of the pilgrims’ officials and the Amirul-hajj Committee.

He commended the pilgrims for exhibiting good behavior while in the Holy Land.