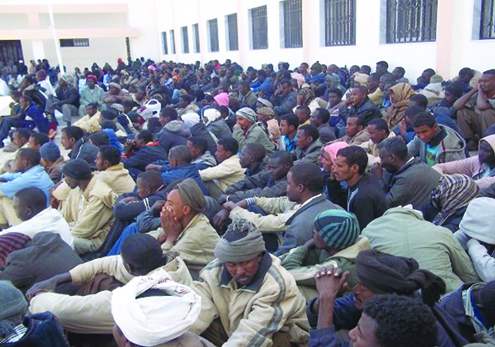 The Nigeria Immigration Service in Kogi on Saturday cautioned immigrants against taking part in the Nov. 21 governorship election.

The NIS Controller in the state, Mr Baba Zakari, made this known when he addressed representatives of Ghanaian and Nigeriene nationals resident in Kogi.

Zakari urged them to steer clear of the polling centres and units on the Election Day, saying that immigrants had no right to vote in any government-organised elections in the country.

Giving further clarifications, the Controller said that though nationals of ECOWAS countries who had genuine travel documents could reside in any part of the country to carry out their legitimate businesses, they had no voting rights.

“You have no right to take part in any elections in this country. If any of you has registered, it is illegal and you should not take part in the election because Immigration officials will be at all the polls,’’ he warned.

He added that violators would be promptly apprehended and arraigned accordingly, adding that all the registered political parties in the state had at a meeting with the Police Command pledged to promote free and fair election.

“The parties were told not to mobilise non-nationals to vote for them.

On calls to give temporary travel documents to illegal immigrants to check their activities in the country, Zakari said his office had no authority to issue any resident permit other than relevant travel documents.

He explained that any immigrant that had no passport or ECOWAS travel document if arrested would be deported immediately.

Responding on behalf of the foreigners, the President of Ghana Community in the state, Mr Edwin Ansah, pledged that they would not violate the law.

Ansah, however, urged the service to take measures to check the influx of illegal immigrants who come into the country through illegal routes.

He recalled that a Ghanaian who dealt in herbal drugs duped someone to the tune of N1.5 million and he (the President) was arrested.

An alternative measure he said was for the service to give temporary documents to illegal immigrants so as to regulate their activities.