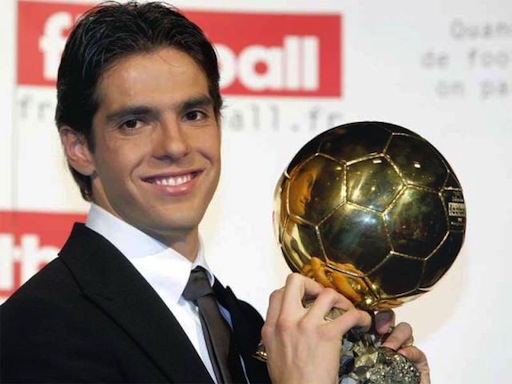 Kaka poses with his World Footballer of the Year trophy

On Twitter, Kaka has been trending for hours and so is Ozil. Both players became the center of attraction after some football fans made comparison between both players.

The argument really is that one player is better than the other. Many Twitter users have however argued in favour of Kaka.

“Kaka ruled football during his time” many said while others believe Ozil still has the potential to be a great player.

But here are the stats of both players and you can make up your mind on who is better.

Born Ricardo Izecson dos Santos Leite in Gama, Brazil, he began his career with São Paulo at the age of eight.

He joined Real Madrid in 2009 and managed only 23 goals in 85 appearances. In 2013, he returned to Milan playing 30 times and scoring seven goals.

He departed Milan to Orlando City in 2014. He played 28 times scoring nine goals.

He is presently on loan at São Paulo where he has played 19 times scoring twice. 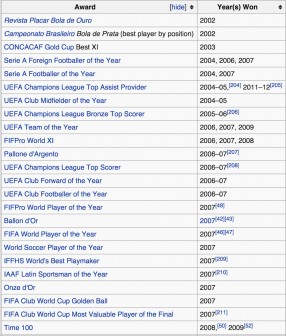 Born Mesut Özil in Germany, he began his youth career playing for various clubs in Gelsenkirchen and then played five years for Rot-Weiss Essen.

In 2005, Özil moved to the youth department of Schalke 04 and by 2006 he linked up with the senior team. He played 30 times and scored no goal for Schalke before agreeing to join Werder Bremen in January 2008.

At Bremen he played 71 times scoring 13 goals then he left the team for Real Madrid where he played 105 games and scored 19 goals.

He is presently at Arsenal where he has played 58 games scoring 10 goals.

Here are some tweets:

Özil isn't better than Kaka yeah? I no argue. But Kaka will definitely take assist lessons from Özil all day everyday. Thanks for your time.

100 Ozil can never be Matched to One Kaka. Argue at your own risk.

KAKA was world's best when deities like Ronaldo, Ronaldinho, Zidane, Seedorf were up and kicking.

Kaka was the best player on the planet , scoring from unimaginable distances and passes accurate. Ozil can't even shoot

Big fan of Ozil.But this Kaka vs Ozil debate is ridiculous.Kaka was the best player in the planet. Ozil has the potential to get there.