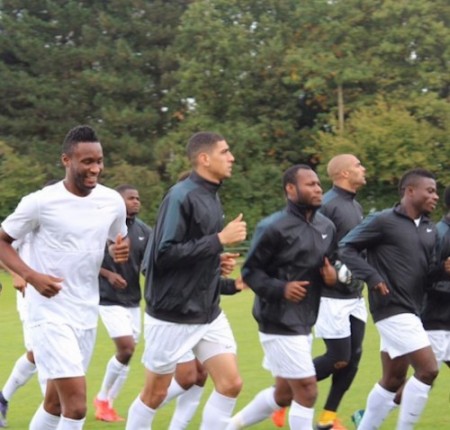 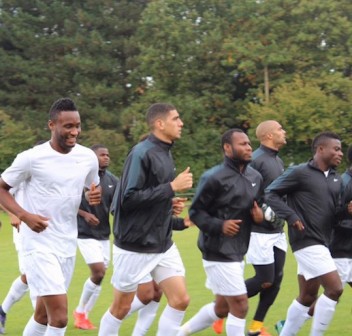 Chelsea mifielder, John Mikel Obi and 12 others stars of the Super Eagles began training on Tuesday ahead of the 2018 FIFA World Cup qualifying fixture against Swaziland which comes up on Friday.

Mikel arrived from his based in London around 6:40am on Tuesday. Other players who are in camp in Abuja include goalkeepers Carl Ikeme of Wolverhampton Wanderers, England, Ikechukwu Ezenwa of Sunshine Stars, Dele Alampasu from Club de Sportivo Feirense, Portugal.

Obafemi Martins of Seattle Sounders, USA, is expected to land in the country Tuesday afternoon ahead of the team’s first training at the Abuja National Stadium in the evening.

Meanwhile, the team will hold a media conference Wednesday between 11am and 12 noon at the Bolton White Hotels & Apartments, Zone 7, Abuja.