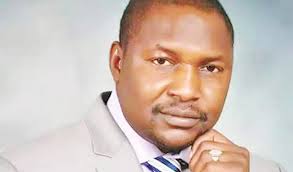 Some lawyers have urged the new Attorney-General and Minister of Justice, Mr Abubakar Malami (SAN), to ensure diligent prosecution of corrupt public office holders in line with the change mantra of the Federal Government.

The lawyers made the call in separate interviews with the News Agency of Nigeria (NAN) on Thursday in Abuja, while reacting to the appointment and swearing-in of Malami as the new Minister of Justice.

They also advised the minister to give top priority to improved staff welfare and initiate law reforms.

One of them, Mr Patrick Etim, urged the Attorney-General to take necessary steps toward reducing corruption to the barest minimum in the country.

“Generally, I think the Attorney General will have to look at the laws. If you take the issue of corruption, the existing laws and the bodies to fight corruption; something has to be done about it.

“The law as it stands now does not allow for effective prosecution of corrupt people; for example if you look at the elections petitions, they have time limits but corruption cases don’t have time limits.

“What you see now is that you have corruption cases which started in 2003, they are still in court.

“Some of the people are senators serving; yet, they have corruption cases pending against them because the law says they are innocent until proven guilty so they can remain there.

Also speaking in separate interviews with NAN, Mr Oloruntoba Elisha, a lawyer, urged the minister to ensure fairness, speed in the prosecution cases and execution of judgment.

“We expect that he will immediately hit the ground running, especially at making certain reforms in the judiciary, looking at the delay in the administration of justice.

“Another one is that after you have even got judgment, to execute the judgment is a problem.

“I got a judgment almost four months ago, the judge has not signed the judgment and this is a tenancy mater that shouldn’t even take up to three months to execute the judgment.

“Those are the things that this new (A-G)Attorney General should look into and see how things can be made better in this country because the moment people lose confidence in this system, we are doomed.”

The News Agency of Nigeria recalls that Malami was sworn-in as the new Minister of Justice and Attorney-General of the Federation on Wednesday along with 35 others.

The Attorney-General is the Chief Law Officer and the Chief Legal Adviser to the Federal Government on law enforcement and prosecution.

Meanwhile, Malami has pledged to operate “ an open door policy without distorting the established bureaucracy’’ and to pursue vigorously aspects of the law that will enhance the economic fortunes of Nigeria