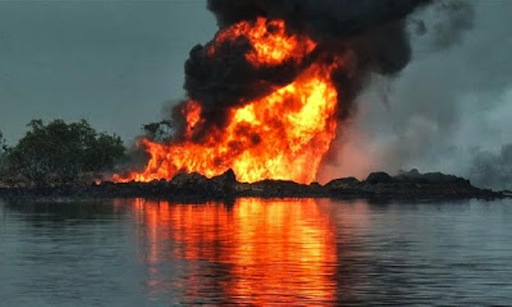 The House of Representatives on Wednesday, urged the Nigerian Agip Oil Company to clean up recent multiple oil spills to avoid fire outbreak in communities in Bayelsa.

This followed a motion sponsored by Rep. Douye Diri (Bayelsa-PDP), and unanimously adopted by members through a voice vote.

The motion which came under matter of urgent national public importance was on the need to address severe pollution of the Niger Delta environment due to alarmingly high incidences of preventable oil spills.

The House, therefore, directed that oil companies should publish monthly updates of oil spills in five daily newspapers and submit copies of the same to the House.

The company will as well disclose the existence of potentially dangerous equipment and report back to the House within six weeks for further legislative action.

Speaking on the motion, Diri said that oil companies had continued to treat resolutions passed on same matter with disdain, adding that if it continued, the National Assembly will lose its respect before the public.

Diri expressed concern that the spillages resulted in the wanton waste of lives and property, adding that it also caused severe pollution to the environment.

“The lives and livelihood of the people of the Niger Delta has become too cheap and dispensable to the oil companies in their unbridled quest for profit.”

He explained that rather than own up to their responsibility and do what was necessary, the spills were routinely attributed to illegal bunkering or sabotage leaving the impacted communities to their fate.

“Despite numerous promises that these multinational oil operators have made to this honourable House and impacted communities, no useful efforts or progress on tackling oil spills has been made.

“The Niger Delta will suffer irreversible environmental catastrophe if decisive action is not taken to combat the reckless and criminal conduct of the oil industry.

“Firm structures must be put in place to have the oil companies comply with international best practices in their operations.”

NAN reports that there will be no plenary on Thursday, Nov. 12, 2015 as the National Assembly management maintains the premises.