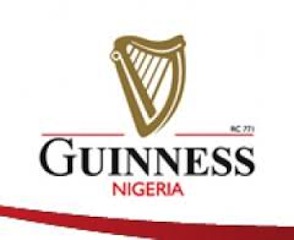 Some shareholders of Guinness Nigeria Plc have condemned the one billion naira fine imposed on the company by the National Agency for Food and Drug Administration and Control (NAFDAC) for some infractions.

They told the News Agency of Nigeria (NAN) on Friday in Lagos that the huge fine could send wrong signals to investing public and erode shareholders’ returns.

Olatokunbo said that although sanctions or fines were good for correction, cost implications could cause unintended effects.

He said that the huge fine could lead to closure of the company, which might negate the real intention of NAFDAC to promote industrial growth.

The shareholder activist advised that regulators should also warn erring companies or grant them hearing before sanctioning them.

Olatokunbo said that shareholders were not against sanctions imposed on any erring company, but such must be done with moderation.

“Where you must apply the stick, do so for correction sake and with lesser fines.

“Don’t kill our companies with huge sanctions because we the shareholders at the receiving end will be responsible for the loss,” he said.

Olatokunbo urged the management of quoted and unquoted companies to be more diligent in their duties as “its no longer business as usual.”

Mr Boniface Okezie, the President, Progressive Shareholders Association of Nigeria (PSAN), said that care must be taken by regulatory authorities in imposing fines to avoid doing more harm than good.

Okezie stressed that care must be taken in the manner in which fines were being imposed by regulators before they would get out of hand.

“Let it not be that many agencies which are broke are looking for money by all means,” Okezie said.

He said that such heavy fines, could in the long run, discourage companies from operating in Nigeria.

Okezie, however, advised that companies must endeavour to do the right things to avoid sanctions to the detriment of shareholders.

He said that operators must also be guided by good coporate governance ethics to avoid unnecessary sanctions.

NAN reports that NAFDAC ordered Guinness to pay N1bn as administrative charges for various clandestine violations of NAFDAC rules, regulations and enactments over a long period of time.

Guinness was also accused of revalidating expired products without authorisation and supervision by NAFDAC, among others.

UBA was sanctioned for also refusing to remit the deposit of the energy firm into the TSA as at when directed, while Skye Bank was also sanctioned N4 billion for improper TSA remittance.