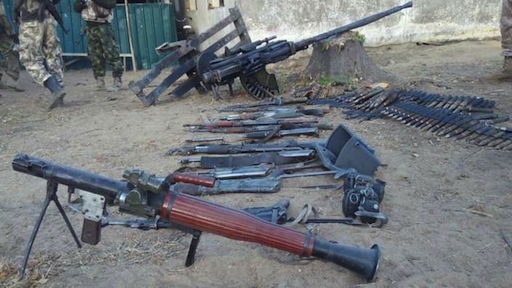 Weapons recovered by the Nigerian Army from Boko Haram fighters

Nigerian army has repelled an attack from Islamist sect, Boko Haram in the town of Gwoza, Borno State, in the north-east of Nigeria killing seven militants.

An army statement said that in the two-hour fight, which started at 04:00 GMT, seven Boko Haram fighters were killed and weapons were captured.

It added that “the desperate attack today was a failed attempt to project an image of strength”.

Gwoza was at one point declared by Boko Haram as the capital of the caliphate that it wanted to create in northern Nigeria.