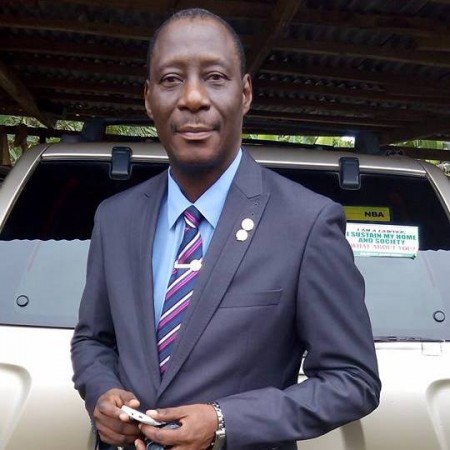 A University Don, Prof. Eddy Erhagbe, has harped on the need for sustenance, continuity and consolidation of good governance in order to deliver dividends of democracy to the electorate.

Erhagbe, a Professor of History and International Studies and Diplomacy in the University of Benin, who said this in Benin, while delivering a lecture titled “Good Governance and the Importance of Continuity,” at a seminar organised by a pressure group, Edo Accord Initiative, with the theme, “Edo United, the role of Edolities in ensuring Development,” noted that democracy does not end at electing people into government, but that at the heart of democracy is good governance.

He listed vital features of democracy to include promotion of peaceful change in the society; protection of citizens’ fundamental human rights and freedoms; creating social and political equality; provision of various amenities for the people and government pursues the general interests of the greater number of the citizens by the government, adding for the people to enjoy dividends of democracy, they must work hard for the emergence of good governance, because, according to him, government must provide security of life and property to the people, create adequate democracy dividends to local people and ensure the youth s are fully engaged or employment.

“Democracy is all about how people and resources are run within a given social, political or economic group, with a view to creating order and ultimately meeting the needs of those within the unit, and this is what good governance is all about,” he said, but added that in creating platform for good governance in the state, there must be free, fair and credible elections.

Speaking on the critical role of the voters in deciding the fate of good governance, Erhagbe noted that a democratic government derives its power and legitimacy from the consent of the governed, which he said is normally expressed through the ballot. “Thus, the will of the people is supposed to be supreme, i.e, the majority as expressed through the ballot. The voter therefore holds the key as to who wins or not,” he said.

In view of the relative poverty of most Nigerians, the University Lecturer warned that the many are still susceptible to manipulation by corrupt politicians. He therefore cautioned his listeners to be weary of such politicians who would want to manipulate their condition to their selfish end, noting that Edo state was not spared of the stories of how voters were induced to vote for certain candidates through financial inducements. “The implications of this are quite grave, as such voters have obviously sold their right and mortgaged their future,” he warned.

Discussing the sub title, “Edo State in the matrix of Nigeria’s democracy, a case study for consolidation and sustenance, Erhagbe noted that “the last seven years in the governance of Edo have witnessed tangible verifiable new impetus in governance.”

“In the spheres of governance and infrastructural development, the Comrade Governor has brought in innovation, resourcefulness, uncommon courage, ingenuity and creativity to bear in his management of the affairs of the state…he has set the state on a solid footing and therein lies the need for continuity. What is need in 2016 is one that cannot and must not be allowed to truncate or reverse the developmental strides already being taken in Edo State.

“The era of abandoned contracts after collecting mobilisation fees is now almost a thing of the past, while strict monitoring of projects, especially by the governor himself has resulted in better service delivery for the people of the state, thereby giving them better value for their money. This needs to be continued after the tenure of the Comrade Governor. [The State] has in the last seven years been put on the path and pedestal of good governance and development that need to be continued, sustained and improved upon,” Erhagbe noted, adding that democracy does not end at electing people into government, but that at the heart of democracy is good governance.

“Some parameters for measuring good governance include, accountability and transparency in the use of state resources, sensitivity to the needs of the governed and meeting the infrastructural and human needs of the citizens. Ideally, those that have performed well are rewarded with re-elections or their party’s candidates while those that haven’t are punished with electoral defeats. We hope that the people will stand firm and identify with those that have the interest of the majority at heart,” he concluded.

Also, speaking too at the event a lecturer in the earlier, Dr. Danladi Aliu of the Department of History and International Studies, Federal University of Lokoja, Kogi State, who noted that part of why Africa is developing at snail speed is not the absence of democracy, but the neglect of history as a factor in development. He therefore urged the people to hold accountable any politician that want to governed Edo state come 2016, just as he advised the people to make sacrifice by acquiring good education for the purpose of future leadership.

“The truth remains that democracy cannot thrive on the basis of a skewed leadership and a disoriented society, where decisions are made against the wishes and interest of the electorates by the government,” Aliu said.

In his speech, the Vice-Chairman of Edo Accord Forum, Comrade Flynn Imariagbe, said the seminar with the title, “Edo United, the role of Edolities in ensuring Development,” was organised for the enlightenment of the people on the need for promoting good governance, accountability and transparency by ensuring continuity and to celebrate the achievements of Governor Adams Oshiomhole in the past seven years.