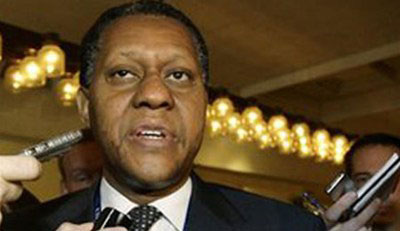 Former Minister of Foreign Affairs, Mr Odein Ajumogobia, has called for a new law that will compel suspects facing corruption charges to explain the sources of their wealth.

Ajumogobia made the call in an interview with the News Agency of Nigeria (NAN) on the sideline of the First Annual National Law Officers’ Conference in Abuja on Monday.

The former minister, who chaired the conference, said that the new law should allow for the prosecution of accused persons by weighing their yearly earnings against their wealth.

“We need to pass a law that says essentially that if a person – and it doesn’t have to be a public officer, it can be anybody, who has assets that are beyond his means or apparent means right now as the law is everyone is presumed innocent until proven guilty.

“So a person acquires huge wealth, he doesn’t have to explain where he got it from under the law; this law would make him have to explain so there would be no presumption.

“It is not a criminal offence, he will just be called to explain how he acquired it.

“If he can explain, if he inherited it from ancestors or worked for it, fine; if you can’t, then you forfeit it to the state.

“That is the paradigm that I think moves away from where we are now and I think will help fight against corruption.”

Ajumogobia noted that the current criminal and penal codes can only define corruption elements.

He urged all citizens to fight against the social malaise in all sectors of the economy.

He urged law officers particularly to help the present administration fight corruption by ensuring that the rights of the citizens are protected under the law.

In a keynote address, Mr Abubakar Malami, the new Attorney General of the Federation and Minister of Justice, reiterated the need for adherence to the Rule of Law.

Malami, who was represented by Mr Hamza Tahir, the Director, Legal Draft in the justice ministry, urged law officers to employ holistic approach and global mind set in fighting corruption.

“ Corruption has been identified as the main cause of poverty and underdevelopment in most African countries.

“According to the current international perceptions survey, Nigeria has been identified as one of the 13 countries with most corrupt practices in the world.

“We have indeed hit a brick wall and definitely need to chart a new path towards the use of accountability, transparency and respect for the rule of law.

“The very essence of democracy is justice and the future of our democracy lies in making the system of justice work smoothly and efficiently; this administration will therefore continue to strive to provide justice for all.’’

In his remarks, Mr Solomon Ibhadon, the President of the Law Officers Association of Nigeria, said that the organisation of the conference was the association’s contribution towards the continual legal education of law officers.

He said that the theme of the conference: “The Role of Law Officers in the Fight Against Corruption”, was chosen to sensitise law officers to their role in fighting corruption in the judiciary.