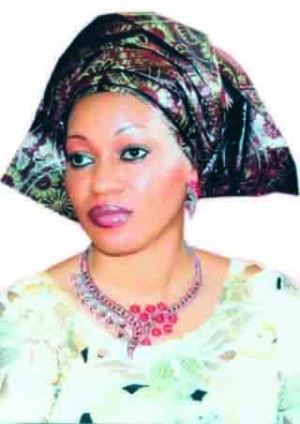 
The lawmaker representing Mushin Constituency 1 at the Lagos State House of Assembly, Adefunmilayo Tejuosho, on Monday apologised for the way she presented her rejection of a committee she was asked to chair last Monday.

She however said she had no apologies for rejecting the Committee on Judiciary, Human Rights, Public Petitions and Lagos State Independent Electoral Commission, LASIEC.

Speaker Mudashiru Obasa had last Monday announced chairmen of the committees, but Tejuosho, who felt she was not respected as one of the oldest members of the House, publicly rejected her committee.

At the sitting on Monday, a lawmaker on the platform of the Peoples Democratic Party, PDP, and representative of Ajeromi/Ifelodun Constituency 2, Dayo Famakinwa, under personal explanation, had asked the House to educate him on the behaviour of Tejusoho on the floor of the House after the announcement of the committee last week.

Speaker Mudashiru Obasa replied that the business rules and order of the House is against unruly behaviour by any member of the House.

“In his reaction, the Chief Whip, Rotimi Abiru said: “what transpired that day was not appropriate and it came after the Speaker had called for adjournment and was about to leave the chamber.

“I believe that business of the House had been brought to an end then. We should just allow the issue to go.

“There is a procedure for turning down any responsibility by a member. A formal letter should have been written to the Selection Committee of which the Speaker is the Chairman, but the matter should be allowed to go,” he said.

Also, Bisi Yusuf from Alimosho Constituency 1 said that Tejuosho should have followed the procedure of rejection adding that she should have accepted the Judiciary Committee given to her as a lawyer.

“She was given a whole arm of government, but she ridiculed the whole House,” Yusuf said.

On his part, the chairman of the Committee on Information, Tunde Buraimoh, stated that the action of Tejuosho was an abuse on the leadership of the House calling it contempt of the House.

According to him, when the Speaker is speaking, others should not speak. He urged his colleagues to be mindful of their conducts on the floor of the House.

“We must do what we say, we need to stop this kind of vituperation or virulent behaviour. We may look into apologies or take appropriate action,” he said.

In his comment, Rotimi Olowo representing Somolu Constituency 1, stated that the lawmakers were the ambassadors of the House and that people wondered if the Assembly had become a House of commotion.

He however pleaded that Tejuosho should be forgiven if she apologised.

Another lawmaker, Victor Akande, also urged the lawmakers to handle the issue with care and forgive Tejuosho.

In his view, the Deputy Majority Leader of the House, Olumuyiwa Jimoh, observed that Tejuosho was aware of the rules of the House, and that an error should not be left uncorrected.

Fatai Mojeed stated that the incident was like drama, which could affect the goodwill of the House.

In his submission, Moshood Oshun urged the lawmakers to allow Funmi Tejuosho to appeal to the House over the matter while the Majority Leader of the House, Sanai Agunbiade, stated that if there were no mistakes, there would be no lessons.

“It is an opportunity to know that the issue of committee is the prerogative of the principal officers of the House. You cannot make a perfect selection. What happened is unfortunate,” Agunbiade said.

Given the opportunity to speak, Tejuosho apologised for the public show, but said she was not apologising for rejecting the committee because that was how she felt.

She also said she was not aware of any rule of the House that specified how to reject a committee.

“I rose up to reject the committee on Judiciary because I spoke to the Speaker about it before then and I expected him to get back to me on the issue. I felt disregarded about the whole thing.

“I want to apologise to the whole House about my behaviour after sitting on that day. I don’t have any apology for my rejection and I didn’t know any other way of turning down committee chairmanship,” she said.

Speaker Obasa, who said the House was openly violated by Tejuosho, agreed that there was no rule of the House actually specifying how to reject committees.

He added that it was a lesson to new members of the House and that this would be considered in the current review of the House rules.

“There is a procedure to reject the committee chairmanship or membership of the House. The news went virile on the social media and my attention was called to it,” he said.