Nigeria’s nuclear power plants to generate power in excess of 1,200mw each 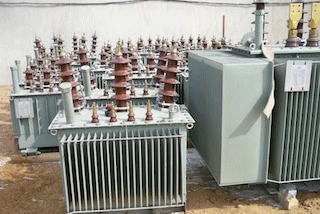 He gave the indication in Abuja on Monday while speaking with State House correspondents after he submitted a report of the International Atomic Energy Agency (IAEA) on the development of nuclear power in Nigeria to Vice President Yemi Osinbajo.

Osaisai said IAEA conducted an integrated nuclear infrastructure review mission in the country in June and that the nation’s nuclear power energy programme was on course to diversify power sources beyond gas and hydro bases.

“Our nuclear power plants are huge machines. And what we are planning is, each of the power plants will be generating power in excess of 1,200 megawatts.

“Nigeria is a signatory to the nuclear non-proliferation treaty.

“We are a member of the IAEA and our responsibility as a country is to utilise nuclear power in the safest way possible.

“And what Nigeria is doing, as we can tell, is diversifying our energy generation base beyond gas and hydro to include other sources for which nuclear is also being considered.’’

The chairman said that the UN nuclear watchdog made recommendations that could help Nigeria develop its nuclear power projects.

“They (IAEA officials) have made a final report in, which there are specific recommendations, suggestions and also identifying good practices in the implementation of our own nuclear power programme in the country.

“That is the report they (we) came to submit to Mr Vice President.

“It’s quite a serious task and responsibility for a country to implement a nuclear power programme and what we do at the Nigeria Atomic Energy Commission is to take leadership in building the pertinent nuclear power infrastructure.’’

According to Osaisai, NAEC has a nuclear power road map “which is being approved by government and that is what we are implementing’’.

He said that in the implementation of the road map, the organisation needed to build critical nuclear power infrastructure and enter into partnerships with international agencies and other technical partners.

“The mission of the agency in June was to assess our level of preparedness and readiness in the building of this national nuclear power infrastructure.

“And we’ve done quite well. I think there are specific recommendations that would also strengthen our own effort in the country.’’

On the commission’s facility in Ile-Ife, the chairman of the commission said that it was a “tandem accelerator“ for practical physics, which could be used to implement a number of things including environmental studies.

“That is not directly in the power area, but it is a machine or equipment that will be useful for nuclear education, training, and research as well as for development in the country.

“We are putting it to good use; it is working fine; we have been able to conduct a number of studies.’’