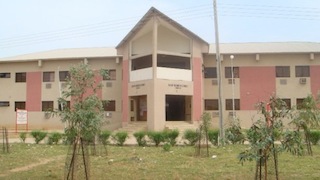 The National Board for Technical Education (NBTE) has partnered with the Economic and Financial Crime Commission (EFCC) and Independent Corrupt Practices and Related Offences (ICPC) to eradicate corruption in the country’s Polytechnics.

The Executive Secretary, NBTE, Dr Masa’udu Kazaure, made the disclosure on Tuesday in Kaduna during an interactive session with the EFCC on Anti-Corruption for Principals and Trade Unions in Polytechnics and Specialised institutions.

“NBTE has partnered with EFCC and the ICPC to ensure that the fight against corruption is firmly rooted in polytechnics.

“Through such partnerships, the board, EFCC and ICPC have conducted compliance monitoring activities of Anti-Corruption and Transparency Units (ACTU) in Polytechnics.

“We have also organised interactive session for different categories of staff in NBTE and polytechnics, facilitated workshops on entrenching integrity in academics and procurement processes in polytechnics.

“All these efforts are geared toward ensuring that loopholes for corruption in our institutions are plugged so that together, we can build a better polytechnic system that we can all be proud of,’’ he said.

He urged government officials to lead by example if the fight against corruption would be effectively tackled.

Kazaure explained that the number of petitions to the EFCC and ICPC in the past two years which bordered on academic and financial corruption from the polytechnics were alarming.

He said the petitions generated negative impact on the sector and had been a cause of concern for the board and the .

“This interactive session is aimed at sensitising the principal officers and union members of the activities of the EFFCC and ICPC and how to avoid being a victim of financial crimes and other similar offences.

“Such fora provided very useful information that will ensure probity and accountability in both academics and administration of the institutions as well as reduce petitions emanating from the institutions.

“This sensitisation would not have come at a better time than now when the country has an administration that is intolerant to corruption,’’ he added.

Also, the Acting Chairman of EFCC, Ibrahim Magu, represented by the Commission’s Director of Public Affairs, Mr Osita Nwajah, pointed out that the partnership was already yielding the desired result.

Magu said that NBTE and all institutions under its purview were becoming more aware of issues relating to corruption and had been cooperating to reduce its prevalence in the system.

“However, I must sound a note of warning that acts of fraud, corruption and other forms of economic and financial crimes, whether committed by individuals or group will not be overlooked by the EFCC.

“The full weight of the law will be brought to bear on anyone caught in line with the determined anti-corruption war of the present administration. EFCC will get you anywhere, anytime,’’ he said.

In his remark, the ICPC’s North-West Zonal Commissioner, Mr Olusegun Adigun, commended NBTE for taking a firm stand against corruption.