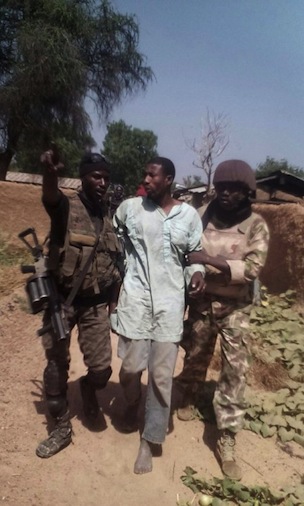 Another Boko Haram kingpin has been arrested in Maiduguri, Borno state and he goes by the name John Trankil sparking wild reaction that he is a Christian working with the Islamist sect.

Preliminary investigation revealed that nine terrorists sneaked into the Maiduguri armed with AK 47 assault rifles and a Hilux vehicle laden with 20 Improvised Explosive Devices meant to be detonated at some selected targets in the city.

The statement did not indicate if all members of the deadly gang were arrested.