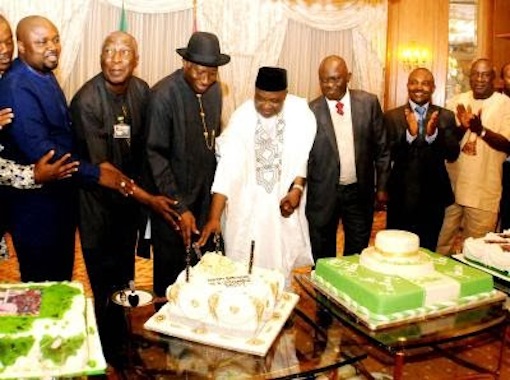 Nigeria’s former president, Goodluck Jonathan, turned 58 on Friday and has been getting loads of birthday greetings on social media especially on Facebook and Twitter.

Jonathan who is presently in the United States lost his reelection bid to Muhammadu Buhari after having served first as vice president to late Umaru Yar’Adua and as president for six years.

Here are some messages to the former president on Twitter.

Happy 58th Birthday to President Goodluck Jonathan, who by his actions showed Nigeria is more important than anyone's personal ambition.

My attention has been drawn to the fact today is my hero and legend of democracy- Dr. Goodluck Ebele Jonathan's Birthday.

Jonathan is by far the most liberal and friendly President Nigeria has ever had. Happy birthday GEJ @Gidi_Traffic