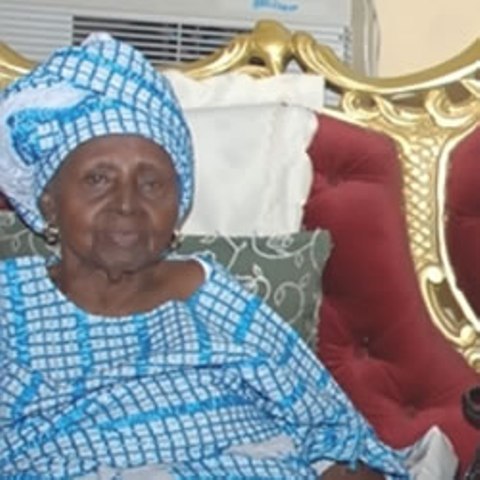 The entire city of Ikenne in Ikenne local government area of Ogun state Wednesday stood still as the remains of the late matriarch of the Awolowo dynasty, Chief Mrs HID Awolowo were laid to rest.

The final funeral rites were held at the Our Saviour’s Anglican Church, Kehinde Sofola Way, Ikenne which was shut down by heavy presence of security personnel both from the state and the Presidency.

The open space in front of the Model school in Ikenne, which the governor named after the woman, was cleared for President Muhammed Buhari’s chopper to land.

Federal government delegation comprising ministers was led by the Vice President, Prof Yemi Osinba, who was also accompanied by his wife.

The Senate President, Bukola Saraki arrived at about 10:16am with some Senators and members of the House of Representatives.

Serving and past governors, including national leaders of the ruling All Progressives Congress,APC, Asiwaju Bola Ahmed Tinubu and his wife, Senator Oluremi Tinubu also attended the event.

The event was ongoing at the time of this report.