We were lucky only to concede six against Barca - Maicon 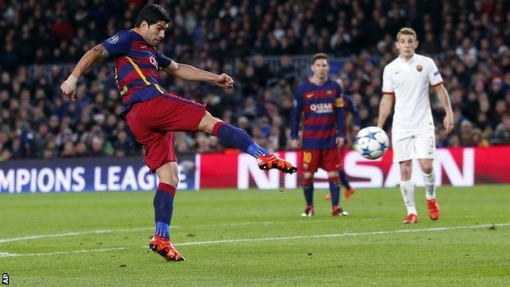 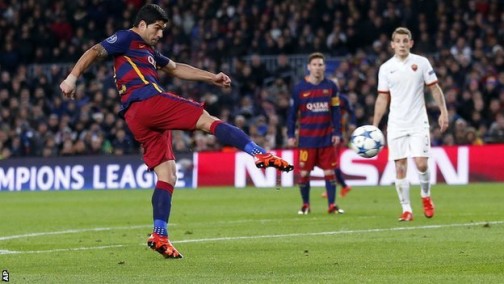 Roma defender, Maicon has stated that his team was lucky to concede only six goals against a rampant Barcelona team.

Maicon and the rest of the Roma defence were on the back foot for the majority of the match. “We tried to play our football but tonight we didn’t manage to do anything,” the ex-Manchester City player said.

“We were lucky to lose only 6-1 actually. Our objectives for the season do not change but we have to play differently from tonight. We never really tried to play, we did zero, nothing.”

“For us the good news arrived before the match. The draw between Leverkusen and BATE keeps our options alive.”

A victory for Roma at home over Bate Borisov in the final match would secure their passage into the knockout round.

Barcelona were ruthless on the night and Roma was woeful as the Spanish giant celebrated Champions League Group E qualification.

Returning Lionel Messi finished off a 27-pass move and Luis Suarez scored a great volley in what was a superb display for the Catalan side.

Suarez tapped home the opener and then Messi finished off a sublime move, before Suarez volleyed in his second.

Gerard Pique made it 4-0 from close range and Messi poked in another.

Adriano smashed in after Neymar had his penalty saved before Edin Dzeko headed in the consolation in stoppage time.

Former Manchester City forward Dzeko also headed over from close range and had a penalty saved by Marc-Andre ter Stegen.

Barcelona underlined their status as one of the favourites to win the competition with another convincing performance, just days after beating La Liga rivals Real Madrid 4-0 in the Bernabeu.

Messi scored twice in his first start in two months and Suarez now has 14 goals in the last 12 matches.

The trio of Neymar, Suarez and Messi mesmerised Roma’s defence at the Nou Camp. The three were heavily involved in three of Barcelona’s six goals on a night when coach Luis Enrique’s side could have had a lot more.

Barca had 19 efforts on goal, of which 12 were on target

They had 71% possession
Barca made 775 passes; Roma made 308
Messi had eight shots; six on target. Suarez had three efforts; two on target.

Neymar, whose penalty was saved by Wojciech Szczesny before Adriano followed up, still played an integral part. The Brazil forward, who has scored 39 goals in 2015 for Barca, had four efforts on goal.

And he, Suarez and Messi have now scored 119 goals in the calendar year. “Each player goes out to try and do what is asked of him. We played a perfect game,” Suarez said.

“Leo, Neymar and myself are team players and we look to help the team. Messi is the best in the world and I am very happy for him to have scored and played the full match.”

Having been thumped in the Spanish Super Cup at the start of the season and followed that with two league defeats, the Catalan club are now nine games unbeaten.