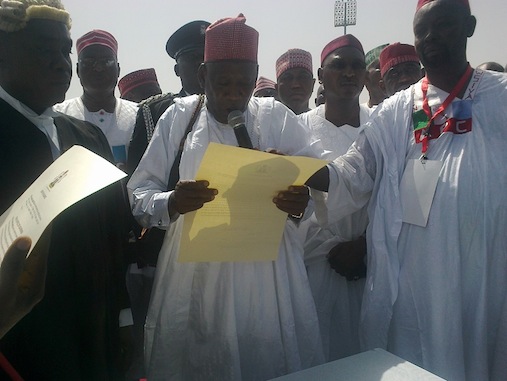 The state Commissioner for Planning and Budget, Hajiya Aisha Bello, said this while giving the break down of the 2016 budget in Kano on Thursday.

“The projected total recurrent revenue of N157.4 billion billion is made up of N54 billion while the balance of N60 billion is expected from internally generated revenue sources.

“This indicates a significant increase in our local revenue generation drive over federation allocation,” she said.

The commissioner said the state government would continue to ensure improvement in the Iocal revenue collection to enhance its revenue base.

Bello called on ministries, departments and agencies to cooperate with the new revenue generation machinery to reduce over dependence on federal allocation.

“I want to assure you that realistic revenue targets have been assigned to government agencies while government will continue to strengthen its regular revenue audit,” she said.

She assured that the state government would intensify effort to ensure full implementation of the budget regular supervision and monitoring.

NAN recalled that Gov. Abdullahi Ganduje had on Monday presented a proposed budget of N274.8 billion for 2016 fiscal year to the state House of Assembly.