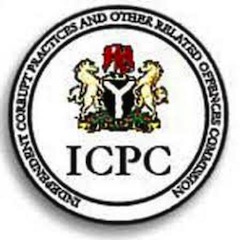 The Independent Corrupt Practices and other Related Offences Commission (ICPC) has advised Vehicle Inspection Officers (VIOs) in Kaduna State to avoid extortion and other forms of corrupt practices.

The ICPC North-West Zonal Commissioner, Mr Olusegun Adigun, gave the advice on Thursday at a two-day workshop for VIOs in the state to enlighten them on the need for integrity and transparency.

The workshop with the theme, “Combating Corruption in Vehicle Inspection System: The Role of ICPC’’, was organised by the ICPC in collaboration with the Kaduna State Ministry of Works, Housing and Transport.

Adigun said the level of extortion and bribery by VIOs had continued to deny the state government huge revenue, adding that such practices must be stopped.

“Corruption simply occurs when a person in a position of trust and responsibility suppresses the rules in order to advance his or her personal interest at the expense of the public.

“A reasonable number of VIOs extort money from motorists instead of charging them for the offences committed, thereby reducing the Internally-Generated Revenue of the state.

“Such practices must be stopped for us to make progress,’’ he said.

Adigun blamed the persistent deterioration in values, decency and transparency in the country on the deliberate circumvention of ethics and discipline to facilitate self-interest.

According to him, “one major cog in our wheel of progress as a people is the issue of bribery and fraud, particularly now that the nation is ushering the needed change for sustainable development.”

Adigun said the workshop was to enlighten and challenge VIOs to abhor corruption and imbibe integrity and transparency in the course of their duties.

“The workshop provides an opportunity for ICPC to further drive home the anti-corruption message in fulfilling its mandate of educating the public on corruption, indiscipline, unethical character and dishonesty.

“We need your support as we fight to create and sustain a corrupt-free and transparent working environment in all government institutions and parastatals,’’ he said.

Also, the State’s Commissioner for Works, Housing and Transport, Alhaji Usman Hassan, represented by the Director of Engineering in the ministry, Malam Mohammed Badamasi, commended the ICPC for the initiative.

Hassan said the workshop was the first in the history of the Vehicle Inspection Department in the last two decades.

He urged the VIOs to utilise the knowledge derived from the exercise to drive the desired change in the vehicle inspection profession.

The Chief Vehicle Inspection Officer, Alhaji Ali Dantsoho, thanked the ICPC and the state government for ensuring that the VIOs performed their duties diligently, transparently and effectively.