Kogi Election Conduct: A Big One For Change 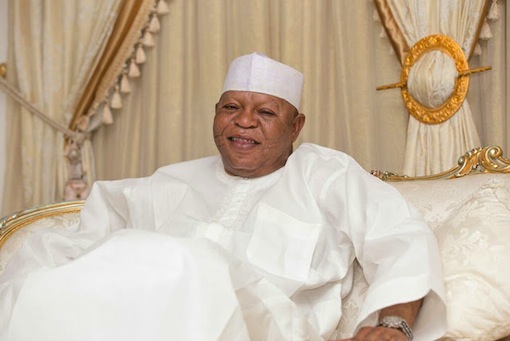 Apart from the tragic ending and the fumbles that marked the Kogi gubernatorial election last week, there are numerous lessons that spewed from that election that are compliant with the much-cherished change we have in Nigeria today. Prince Abubakar Audu, the undisputed winner of the stymied election, dropped dead just after the election was curiously declared inconclusive by a fumbling INEC that misinterpreted certain portions of the Electoral Act to cull a needless supplementary election that will not affect the certain victory of the APC candidate. By the results of the election, Alhaji Audu proved that he was a consummate and well loved politician whose sure grip of the politics of Kogi State was merely interjected by PDP’s cloak-and-dagger politics that excels in manipulating elections in favour of its choice candidates.

Prince Abubakar Audu couldn’t have died at a more critical time in his cheque red but eventful political history. He was standing on the very cusp of momentous history. Here was a man that still held a record of performance in Kogi governance no one had equaled. Here was a grassroots man that was callously prevented from a second term by the bizarre predilection of PDP to pull every vile stop to reward itself. Here was a man that spurned all overtures to remain in opposition and fight in every election, to get back his mandate and take Kogi further from where he left it in 2003. Here was a man who never had an opportunity to prove his real mass followers because PDP prevented free and fair election in Kogi, and elsewhere, as its cosmetic flavour lasted. Here was a man, who, presented, with the first instance of credible election since he was schemed out of power, dusted a sitting incumbent so much so that he won 16 out of the 21 local councils in Kogi State and was riding sure-footedly on the roller coaster of history when INEC and death struck. The rest, as they say is history for one of the most colourful politicians that trod the sands of Nigeria.

But, did we notice something else, something more far-reaching, more fundamental and pointing to the kind of change that has swept over the polity since May 29, in the conduct of the Kogi election? Did we see platoons of ready-to-kill soldiers, battalions of dubiously masked state security apparatchiks, armed mobile policemen, different cadres of paramilitary forces littered generously in Kogi for the purpose of State governorship election? Did we see politicians of the opposing camp hounded and hunted as if they were war criminals by the ruling party? Did we see fear and dread nakedly launched on the streets as if the country is fighting a civil war? Did we notice all manner of armed goons unleashed to track and hunt down the opposition while the ruling party had a field day, writing results to favour its candidate? Did we notice top decks of the military and police being choreographed into a plot to rig election for the party that controls the security forces? Did you notice INEC playing the enforcer to the sordid plots of the government at the center? Did we see power drunk exuberant ministers and other officials of state, running riot all over the place and enforcing their nuances and idiosyncrasies to favour their part’s candidates? Did we see roads and air spaces barricaded against the opposition to prevent them from freely campaigning in Kogi? So what gave? Did we see the Kogi governor being upbraided by lowly security goons commissioned from Abuja for such hatchet roles? It’s all about change for the better.

Now, let us juxtapose the foregoing enquiries to what we saw happened in all the elections conducted so far by the PDP especially those in Ondo, Anambra, Ekiti, Osun and even Edo. Let us dilate through all the deadly Gestapo means the immediate past government adopted to muscle states to favour the PDP in every election it supervised. Is it not possible that in refusing to molest or hunt the opposition so as to manipulate the system, President Buhari’s government is living the change it propounds and which saw it ride majestically to power on its crest last March? Can we, as citizens of a country with long history of farcical elections, quantify what it means for citizens to vote for their political choices unencumbered in every election? If this is not a critical component of change, pray what is? Oh yes, a new Sheriff is in town. Old order passeth way; yielding place to a new. Change is here!

If we remember the cacophony of puerile endless noises and allegations the PDP dished out en route that election, there is every need to ask our newly-hewn opposition what becomes of the array of countless plots it said it discovered about APC, President Buhari, security agencies, INEC, the federal government and nearly everybody bandying together to rig the Kogi election for APC. Do we remember the disoriented wolf-crying what remains if PDP made its primary business as the election approached? Is it not just and proper to find out from the party how its doomsday ‘findings’ were met on Election Day? It is not just enough to dismiss the unending tales of woes, inchoate allegations, mischief and lies the PDP has adopted as a style of walking out of a very deep self-dug political quagmire but I think the party must be made to substantiate the large volume of tendentious vomits it continues to spew out everyday in the name of opposition politics and the Kogi election is a good ground to interrogate the tactics of Nigeria’s new opposition as it claws vainly on thin air to tackle possible extinction. In raising all the hoaxes it did on the Kogi polls, PDP was desperately leveraging on its vile means to anticipate that the APC federal government will visit its damned measures on it but thank God for change!

Let us remember that on Election Day, the PDP Deputy Governorship candidate, Prince Awoniyi, was so effusive with praises for INEC’s conduct of the election. Let us equally recall that, apparently sensing electoral defeat, the incumbent Governor Wada was to launch into a frenzy of uncoordinated salvo reminiscent of the PDP that there were plots to rig the election just because he failed biometric data test even when he voted after being captured on the incidence form, like all the others that failed biometric test. Wada neither spoke further nor named those he alleged planned to manipulate the election. Since after the election, the PDP has neither advanced charge nor proof of election rigging contrary to its heightened self-induced paranoia before the election. The PDP has neither raised nor sustained any allegation that any of its members was harassed, intimidated, arrested or hunted prior to and during the election by security forces, as we had been used to before change came. Is this not enough to cleanse the deadly war field the PDP reduced Nigeria’s politics as it violently prosecuted its nihilistic ambitions for sixteen years? Pray, is the free and unhindered conduct of the Kogi election, the first by the Buhari government, not proof that we have departed from the abuses of the past, to a promising present, marching to a fulfilling future?

Irrespective of the INEC mistake and the temporary glitches thrown in by the unfortunate demise of the lovable Prince Abubakar Audu, the Kogi election shows the way on what to expect with a change that targets negative attitudinal conduct for reform. The election marks a radical departure from the sordid ways of conducting elections, which have gone to soil our politics and drive decent people far into cynicism. By refusing to employ government agencies for partisan self help, as had been the case before now, the Buhari government has demonstrated a very critical roadmap that will certainly purify the nation’s politics and extend an expansive multiplier effect that will positively affect governance and delivery as those in power learn to trust in their performance in office to earn re-election and not the long hands of the federal government. This remains a very critical component of the change we voted for in March. Kogi remains a pointer to more refreshing developments that will follow not only our electoral conduct but the conduct of businesses in a new Nigeria that is emerging on the wings of change.

— Oparah wrote from Ikeja, Lagos. He could be reached at: [email protected]