Kogi governorship race gets messier by the day 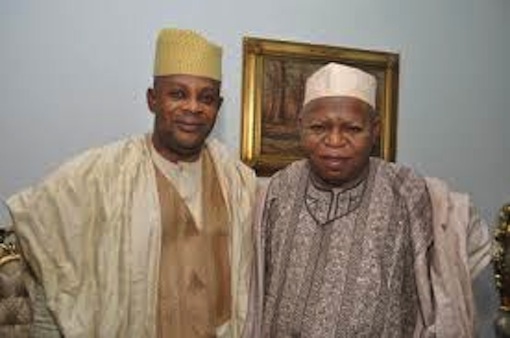 The governorship election in Kogi state, central Nigeria that appeared to have been conducted almost seamlessly on 21 November is getting messier each day, following the umpire’s surprising decision to declare the election inconclusive on 22 November and the sudden death of the leading candidate, Prince Abubakar Audu.

INEC and the Attorney-General of the Federation asked the APC to produce a new candidate for the supplementary poll to hold on 5 December. The APC says it will organise a new primary election to do this and pronto, 27 candidates are jostling to fill the vacant position of Audu.

To further complicate the succession race, Kogi central district of the party, nominated Audu’s first son, Mohammed as the rightful inheritor of the throne that his father ought to have claimed on 21 November.

Meanwhile, the PDP, whose candidate emerged first runner-up in the election, has made a case that its candidate should be declared the outright winner, forgetting that Audu was not the only candidate: there were two persons on the APC ticket.

In Lagos, lawyer Ebun Adegboruwa has headed to court to compel INEC cancel the entire election and organise a new one.

And then this: the deputy governorship candidate of the APC, James Abiodun Faleke, has stepped out asking INEC to declare him the winner of the election, in the absence of his principal, Prince Abubakar Audu. Faleke made his claim via letters written by his lawyer, Chief Wole Olanipekun, a senior advocate, to both the APC chairman, Chief John Odigie-Oyegun and the INEC chairman, Professor Yakubu Mahmoud. Here is Faleke’s case as reported by Premium Times online…

James Abiodun Faleke, the running mate to late Abubakar Audu, the candidate of the All Progressives Congress in Saturday’s governorship election in Kogi State, has asked the Independent National Electoral Commission, INEC, to declare him governor elect. He has also asked his party to ignore INEC’s directive that it produce a new governorship candidate.

In a November 26 letter to INEC Chairman, Mahmood Yakubu, Falake’s lawyer, the respected senior advocate, Wole Olanipekun, insisted that under Section 187 of the 1999 Constitution, Faleke was duly elected as deputy governor of Kogi State and that INEC had no right under the law to declare the election inconclusive.

He accused INEC of deliberately creating what he called “legal conundrum” and urged the APC not to be a party to the action.

“In law and logic, no new candidate can inherit or be a beneficiary of the votes already cast, counted and declared by INEC before that candidate was nominated and purportedly sponsored,” Mr. Faleke wrote through his counsel, Wole Olanipekun.

“Assuming without conceding that INEC is even right to order a supplementary election, the votes already cast, counted and declared on Saturday, 25th November 2015, were votes for the joint constitutional ticket of Prince Abubakar Audu and our client.

“Therefore, no new or ‘supplementary’ candidate can hijack, aggregate, appropriate or inherit the said votes.”

In another letter to APC Chairman, John Oyegun, Mr. Faleke urged his party to distance itself from the “Greek Gift” being offered to it to nominate a new candidate for a planned supplementary election in 91 polling units.

He said the election had already been won and lost, and that the party should rather support him in actualizing the mandate already given to APC and its candidates.

According to the result declared by INEC, Mr. Audu had the highest number of votes thus leading the 21 other candidates, including the incumbent governor of Kogi State, Idris Wada, who was the flagbearer of the Peoples Democratic Party.

However, INEC declared the election inconclusive and ordered supplementary election in 91 polling units.

The Commission also said on Tuesday that despite the demise of Mr. Audu, it would go ahead with the supplementary election and advised the APC to nominate a replacement for the late APC candidate.

The APC, on its part, resolved to organise a fresh primary election to pick a new candidate for the supplementary election fixed for December 5.

But in his three-page letter to INEC, Mr. Faleke argued that in accordance with the Electoral Act and INEC Guidelines/Regulations, results of the election were declared, first at the polling unit level, then at the ward level and later at the local government level.

He said as the declaration was made by the electoral body, it was simultaneously relayed and announced on radio and television stations, both private and public, as well as on social media.

He also said the necessary INEC forms, including but not limited to Forms ECBA, ECBB, and ECBC were filled, signed and made available to the respective political parties which participated at the election.

“Therefore, INEC has no alternative or discretion other than to announce the result of the election and declare our client as the winner,” he said.

“With much respect to INEC under your very distinguished chairmanship, the reasons given by INEC to declare the election as inconclusive are alien to the constitution and, therefore unconstitutional.

“With further respect to INEC, cancellation of election result by it cannot be a ground for declaring any election as inconclusive.

“INEC is enjoined to declare a winner of an election based on lawful votes cast. Thus, the cancelled results by INEC for whatever reasons and assuming without conceding that INEC could legitimately cancel such results, amount to unlawful votes, in effect, INEC cannot declare a well concluded election as inconclusive based on unlawful votes.”

Mr. Faleke said INEC’s wrong declaration of the result as inconclusive had no nexus with the passing on of Mr. Audu.

He advised that INEC “should not confuse the situation with what it intended in Section 33 of the Electoral Act because the situation on ground has nothing to do with changing or substitution of the name of a candidate before election.”

He added, “Mr. Chairman Sir, this is a rather simple and straightforward matter which does not need any delay, foot dragging or procrastination. It is a constitutional imperative.

“Put in another way, INEC has a burden duty to declare our client as the winner of the election. Any attempt to conduct any supplementary election in any unit whatsoever and howsoever will amount to INEC breaching and flouting the constitution, and our client will definitely challenge it.”

In the letter addressed to the National Chairman of the APC, John Oyegun, Mr. Olanipekun, on behalf of Mr. Faleke, said the scores already announced for APC was final and binding.

He suggested that by parity of reasoning, the APC should be declared the winner of the election while Mr. Faleke is declared as governor-elect.

He said, “Arising from the foregoing our client enjoins the APC not only to support him (Faleke) at actualizing the mandate already given to the party under the joint ticket of himself and the late Prince Abubakar Audu, but to also distance itself from the “Greek gift” offer being made by INEC, to wit, that it is allowing the APC to conduct a fresh primary election to nominate a candidate for a supplementary election in 91 polling units where only about 25,000 PVCs are available: whereas the APC is already leading by the announced results with over 40,000 votes.

“In parenthesis, we urge the APC, under your able leadership, to speedily look into and act on our client’s position as stipulated in this letter.”