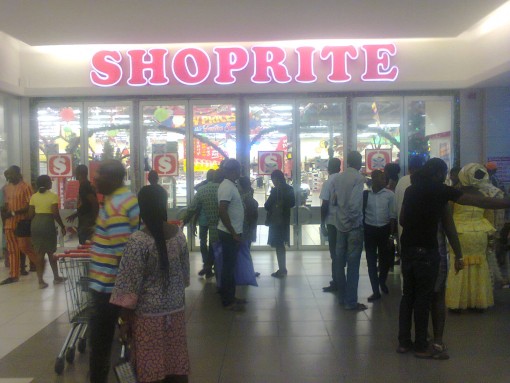 Officials of the commission were said to have stormed Shoprite on Friday afternoon and drove everyone out and sealed off the massive premises, placing a seal order at the entrance.

The seal order notice read: “Sealed, this premises has been sealed following the breach of safety law. This seal must not be broken. For further enquiries, contact the Commission.”

When P.M.NEWS visited the place Friday night, many customers who did not know that the place had been shut were stranded outside the premises.

Efforts to get the Director General of the commission to speak on the matter proved abortive as he was not available to attend to our correspondent.

However, a source in the commission told P.M.NEWS that the place was shut for failing to abide by the safety laws of the state.

The source said there had been complaints by members of the public about adulterated and expired products being sold in the outlet, adding that investigation was also carried out before the place was shut.

P.M.NEWS investigation revealed that some products that were supposed to expire in one month’s time were found on the shelves of Shoprite in Ikeja.

A customer, who craved anonymity, said she once bought expired milk at Shoprite, saying that the closure of the outlet was long overdue.

There have also been complaints by others about expired products at various Shoprite outlets.

Officials of Shoprite have been asked to report at the commission’s office on Monday while the outlet remains shut throughout the weekend.

A customer, who simply called herself Nike, said she was disappointed that the place was shut down as she wanted to purchase certain items for the weekend, while others also expressed disappointment that Shoprite could breach safety standard.

Efforts to speak to Shoprite officials proved abortive as none of them was available to speak to our correspondent.

Shoprite, which is listed on Namibia Stock Exchange and Zambian Stock Exchange is a South African-based retail and fast food company. It operates over 1,200 corporate and 270 franchise outlets in 16 countries across Africa and the Indian Ocean Islands.

The Shoprite Group of companies started from South Africa small town beginnings in 1979 with the purchase of a chain of 8 supermarkets in Cape Town for 1 million Rand.

The next 30 years were marked by various acquisitions and innovative expansion strategies that brought it to the R72 billion business that Shoprite is today.