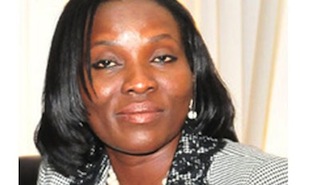 The Benin Zonal Command of the National Agency for the Prohibition of Trafficking in Persons (NAPTIP) has announced a collaboration with the Prisoners’ Rehabilitation and Welfare Action (PRAWA), a non–governmental organization, to campaign against human trafficking and drug abuse in communities and schools in the state.
‎
According to a press statement signed by the Head, Public Enlightenment Unit of NAPTIP in Benin, Nduka Nwanwenne, the first phase of the sensitization campaigns took the two collaborating organizations to Aviele, Ehor, Uselu, Oke-Irhue and Ogueka communities of the state, where the exercise was flagged off.

The campaign is also targeted at higher institutions, including University of Benin, Benson Idahosa University, Centre for community Development Education and International Institute for Journalism among others, where participants of the institutions are expected to serve as vanguards against human trafficking and drug abuse for a better society.

Besides, the programme is focused on communities and schools in order to enhance measures that will lead to the eradication of human trafficking and drug abuse in communities.

The statement noted that timing of the flag-off of the campaign on the heels of the yultide festivities, was carefully designed because the period is usually a fertile period for human traffickers to recruit victims for human trafficking and related crimes.

Stakeholders who turned out in large numbers in each of the communities and schools for the event include the Enogie of Ehor, His Royal Highness, Dr. D.E. Igiehon (JP), Dr. D. Ogbeide, of Ogueka community and many others. Farmers, market women, vigilante groups, youth leaders, religious and opinion leaders in the communities also turned out for the programme.

NAPTIP noted that despite its effort in the areas of prevention, protection, prosecution and partnership with critical stakeholders, human trafficking still ravages the communities and this has impacted negatively in the society.

At the various occasion, the Benin Zonal Commander of NAPTIP, Mrs. Cordelia Oluchi Ebiringa, reiterated the essence of stakeholders to join hands with NAPTIP to stop human trafficking. She said human trafficking and drug abuse have caused social dislocation in many families and communities across Edo State.

She pointed out that trafficking in human commodities debases the self worth of the human persons, adding that human trafficking could be stopped through communal effort and shared brotherhood across communities.

On his part, PRAWA Programme Officer, Mr. Nonso Maduka enumerated the consequences of drug abuse and advised members of the communities to shun drug abuse because of its nagative impact on human life.