Buhari begs for help to fight corruption in oil sector 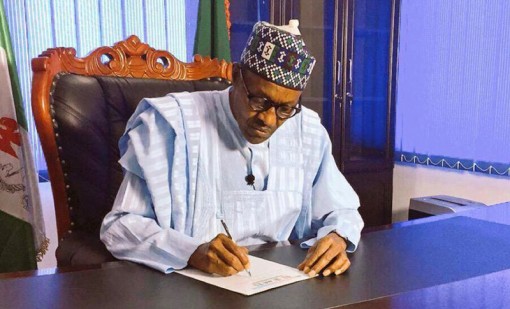 
President Muhammadu Buhari Saturday in Malta urged the international community to do more to support the Federal Government’s efforts to curb corruption in Nigeria’s oil and gas industry.

Speaking at a group meeting of Commonwealth leaders on corruption chaired by Prime Minister David Cameron of Britain, President Buhari said that corruption in the oil sector and outright theft of Nigeria’s crude oil had been exacerbated by the culture of impunity which reigned under previous administrations.

The President said that corruption in the sector had also thrived because of the ease of transferring illicit funds abroad and the institutional protection given to corrupt officials in the past.

“Now that we have the political will to stop impunity, we need the cooperation and assistance of the international community.

“We must all work together to compel multinational oil companies, international financial institutions and international shipping lines to stop aiding and abetting corruption in the oil sector in Nigeria,” President Buhari told the gathering which included the leaders of Australia, Canada, Singapore, Malta, Sri Lanka, Botswana and Trinidad & Tobago.

In his opening remarks at the meeting, Prime Minister Cameron said that the Commonwealth and the international community must do more to fight corruption and promote good governance.

“We care passionately about this issue of fighting corruption. In my view, this issue needs to have a much higher billing on the international agenda, not just because fighting corruption is right in itself, but because all the other things we want to achieve as countries and members of the Commonwealth depend on our success in doing so.

“If we want fair economic growth, we need to reject corruption. If we want to see fair and sustainable development, we need to deal with corruption. I think this is an absolutely vital issue. It is an issue for all of us because so much of the money stolen from developing countries is hidden in developed countries.

“So dealing with money laundering, dealing with beneficial ownership and making sure we stop stolen money being hidden away in developed countries is absolutely vital,” the British Prime Minister said.