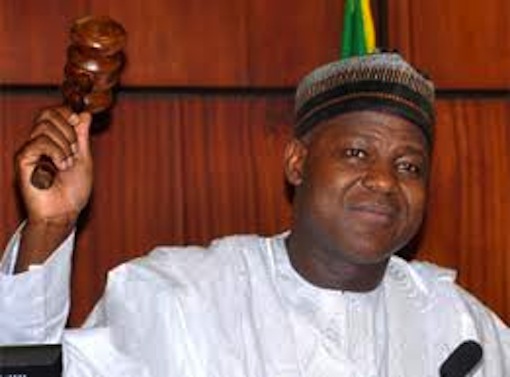 Speaker, House of Representatives, Yakubu Dogara has referred the Bill to the Committee on Telecommunications for further legislative action

The Speaker of the House of Representatives, Yakubu Dogara, has said that Nigeria requires the support of the International community to facilitate the speedy recovery of her looted funds for national development.

He also said that effective collaboration between the Nigerian anti-graft agencies and their foreign counterparts would aid other laudable actions of the government in the fight against corruption.

Speaking at the weekend during the maiden meeting of International Corruption Hunters’ Network at Transcorp Hilton, Abuja, he lauded the leadership of the Economic and Financial Crimes Commission, EFCC, for taking advantage of the networking and knowledge transfer opportunities provided by the group to further strengthen its institutional processes.

He urged the group to continually avail its members of emerging top-notch strategies and methods in the fight against corruption.

Dogara, who spoke through the Chairman, House of Representatives Committee on Financial Crimes, Kayode Oladele, said: “I have no doubt in my mind that this meeting will further enhance peer learning, fruitful exchange and adaptation of best practices among members of the Network in areas such as investigative techniques, preventive advice, monitoring of the compliance standards of bad entities as well as the law enforcement agencies. The timeliness of this meeting cannot be over-emphasized for a number of reasons.

“First, it came at a time when the Nigerian government has launched a historic offensive against corruption. At the Vanguard of their integrity crusade is President Muhammed Buhari and other senior government officials who, through their commitment to the virtues of integrity, rekindled the confidence of Nigerians in the institution of government.”

Dogara further assured the group of the continuous support of the House in its quest to promote cross-border coordination and peer learning in the fight against corruption.

He, therefore, urged the group to think out of the box and look at the deeper context of the fight against corruption by supporting anti-corruption agencies in Africa to become more effective in preventing and prosecuting corrupt practices.

Earlier, in his welcome address, the acting Chairman of EFCC, Ibrahim Mustafa Magu, hinged the success so far recorded by the Commission on the capacity of its workforce.

Magu, who expressed gratitude to the group for choosing Abuja as the host of its first Sub-Saharan Africa meeting and the EFCC as the host agency, further said the Commission placed emphasis on training and re-training to build its competence and institute professionalism in its activities.

According to him, “Giving our prosecutors and investigators cutting – edge training cannot be achieved through classroom situations. Shared field experiences being offered by the Network enable those who have already passed through peculiar situations to relate to such experiences across restrictive national boundaries and jurisdictions to colleagues currently facing similar on- the- job challenges.

This has been shown over time to be more impactful than many of the training programmes we send our investigators to.”

The EFCC boss also urged the group not to discontinue its support to the Commission, saying it had added a lot of value to its activities, particularly “now that corruption has grown even more virulent since the formation of the “Network”.

“It is only in acting together that we could be able to break the obnoxious network of corrupt elements and their sponsors, both locally and internationally,” he added.

Magu further stated that no one else had a greater stake in the success on corruption war than the victims themselves.

“The long suffering people of Nigeria held down for decades by the rampant greed of corrupt public office holders have signed up for the war against corruption personally led by President Muhammed Buhari,” he said.

In her brief remark, Eva Joly, a member of the European Union Parliament, expressed gratitude to the EFCC for its support and the guest speakers for honouring the invitation to the meeting.