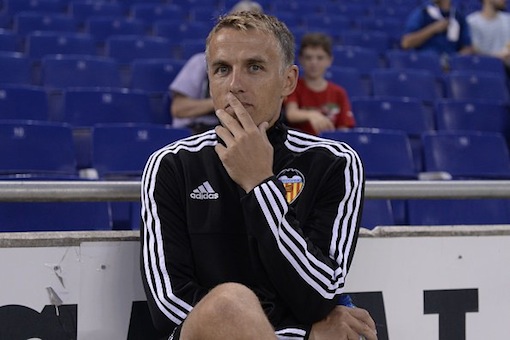 Nuno announced on Sunday he was leaving after just over one season in charge.

Neville joined Valencia as assistant manager in July, having previously been first-team coach at Manchester United.

The former Everton captain, 38, took training along with coach Voro ahead of Valencia’s Copa del Rey last-32 tie at Barakaldo on Wednesday.

Valencia’s next La Liga match is at home to champions Barcelona on Saturday.

The 41-year-old leaves with Valencia third in Group H of the Champions League, still with a chance of progressing to the knockout stage. However, the Portuguese said expectations had not been met.

“We are all in agreement that the current situation is not good, and that we must all do what is best for the club,” he said. “This has always been my intention.”

Valencia finished fourth in La Liga last year but have struggled this term, winning five out of 13 games.