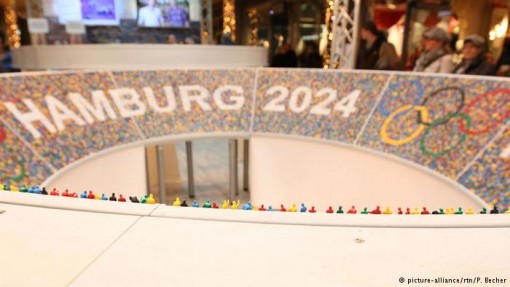 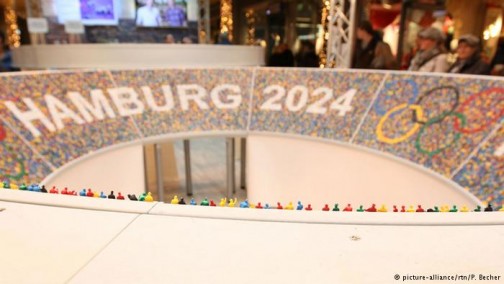 The citizens of Hamburg have killed the city’s bid for the 2024 Olympics and Paralympics, voting 51.6 per cent against the €11.2 billion (£8.2 billion/$12.5 billion) project in a referendum.

The result, leaving just four cities – Budapest, Los Angeles, Paris and Rome – in the race for the biggest prize in world sport deals a heavy blow to the Olympic Movement, which had hoped that the German poll would snap a losing streak that has seen a long line of cities, including Munich, turn their backs in one way or another on the chance of hosting an Olympic Games.

According to Inside Games, the outcome makes it hard to see how the Games can be staged in the country of current International Olympic Committee (IOC) President Thomas Bach for the foreseeable future, with the IOC even admitting how the result was “not a complete surprise”.

It also diminishes the 2024 field at an unfortunately early point in proceedings and may well lead to increased pressure for the other candidate-cities to hold referenda themselves.

Nikolas Hill, Hamburg 2024’s chief executive, fighting back his disappointment to take a conference call, confirmed this was the end of the road for the bid, saying: “The results are clear…That is finally it; there are no discussions or rethinking.”

But he underlined that the city of Kiel, prospective host of the sailing competition and an Olympic venue in both 1936 and 1972, had voted 65.6 per cent in favour.

“The result is a bitter pill for us to swallow, but a democratic decision must simply be accepted,” Hill said.

“It is obvious that without the majority support of the citizens of Hamburg we cannot win a bid to host the 2024 Olympic and Paralympic Games here.

“We have always said that the candidacy can only be successful if it is really desired and supported by the citizens.”

Hamburg Mayor Olaf Scholz officially conceded defeat and confirmed how the result ends any prospect of a bid by Europe’s largest second city.

“The senate and myself would have wished a different result but it is clear,” he explained.

“It is a binding decision.”

German Olympic Sports Confederation President Alfons Hörmann also admitted they “have to accept the vote of the citizens” adding: “Olympics and Germany are not a good match at the moment.”

The IOC claimed a “great opportunity” had been lost for the city, the country and sport in Germany.

“Having followed the discussions in Germany over the last weeks, this result does not come as a complete surprise,” a spokesman told insidethegames.

“It is understandable that the citizens of Hamburg are very sensitive with regard to the not yet finalised financing plan of the candidature.

“Even more so in a situation in which Germany has to manage a historic challenge with a high number of refugees coming into the country.

“Therefore the high number of yes votes with 48.4 percent in Hamburg and the clear majority of 65.6 percent in Kiel is very valuable and supports the position of DOSB about the importance of Olympic Games.”

They claim to be looking forward to a very strong competition with “four excellent candidate cities”.
Hill also expressed the view that a series of recent events and issues that had nothing to do with Hamburg’s Olympic project had impacted on the result.

These ranged from Europe’s refugee crisis to the media storm engulfing the German Football Association (DFB) and of course the deadly Paris attacks, centred partly on a sports event.

“The referendum took place in a situation that was quite extraordinary for both sports and all of society, but we have to live with that, and that’s the way it is,” Hill said.

Yes campaigners had raised €3.2 million (£2.3 million/$3.4 million) for an intelligent and community-spirited promotional drive, including a heavy emphasis on postal voting.

In the end, however, this was not enough to offset the depressing and distressing events that have cast a pall over Europe in recent days.

The rejection came as a particular disappointment given that an exit poll of around 4,000 people, released shortly after ballots closed at 6pm local time, suggested that the outcome might be a fairly comfortable win for the Yes campaign.

Most of the 650,000 participants, equivalent to about 50 per cent of those eligible to vote, had voted by postal ballot, however.

Germany has not hosted an Olympics since Munich 1972, with a Munich bid for the 2022 Winter Games having been thwarted by a referendum two years ago.

The host of the 2024 Games will be chosen at the IOC Session in Lima in September 2017.