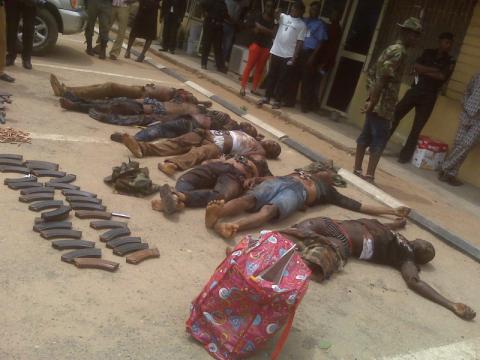 Nothing has been heard about Mrs Mabel Abiante, the 78-year-old woman who was abducted by over 15 gunmen, on Saturday night at her residence in Ngo, headquarters of Andoni local government area of Rivers State.

A family source who confided in our correspondent in a telephone chat said: “We have not been able to establish contact with her since the unfortunate incident.
“Our greatest concern is her health. She is very fragile and on routine medications. She in being denied of her routine drugs. We are very worried that we don’t know how she is being treated and the condition the kidnappers may have kept her without her medications. We’re were managing her health before she abducted.”

Mrs. Abiante, wife to the late Rev. Dagomie Abiante, a popular cleric, was kidnapped at about 8.50pm while watching television in her sitting room. She had closed from her shop at about 8.30pm.

Eyewitnesses narrated that the men, who shot sporadically, had positioned some of their members around the house while others moved into the sitting room where they whisked Mrs. Abiante away.

The criminals were challenged by one of Mrs. Abiante’s daughters who was at home when they struck. But her efforts did nothing to stop the men who used the butts of their guns to hit her head and right hand, leaving her with swollen body.

The kidnappers were said to have escaped in a waiting speedboat through a side of Ngo River close to the Abiante family house to an unknown destination.

Ahmad Muhammad, the spokesman of the Rivers Police Command has confirmed the incident.