VIDEO: How I was blinded by my ex-boyfriend - Mandela's step-daughter 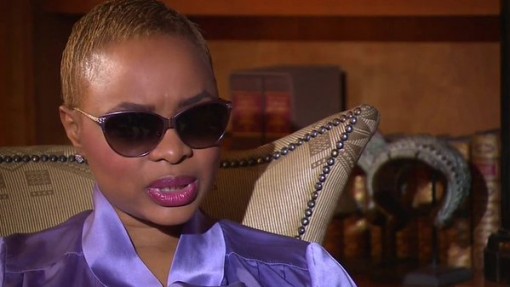 The daughter of Nelson Mandela’s widow Graca Machel has been speaking for the first time on television about her experience of being physically abused by her partner and how it left her blinded in one eye.

Josina Machel was beaten in October in Mozambique’s capital, Maputo, on her mother’s 70th birthday.

She has been telling her story to the BBC’s Milton Nkosi in Johannesburg, as part of the BBC’s 100 Women season.