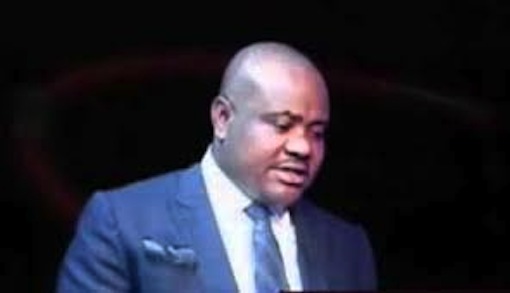 Governor of Rivers State, Nyesom Ezenwo Wike, has declared that the state government will not be a party to the reduction of the minimum wage for workers as canvassed by the Governors’ Forum.

Speaking at the Government House, Port Harcourt on Wednesday when he granted audience to the National Chairman of Labour Party, Alhaji Abdulkadir Abdulsalam, Governor Wike said that the state government will continue to pay salaries of workers regularly because the multiplier effect is critical to social stability.

“The state government will continue to pay the salaries of workers because we believe that the worker deserves his wage.”

Governor Wike noted that his administration is committed to workers’ welfare, hence it cleared outstanding three months salaries owed workers upon assumption of duty on 29 May, 2015.

He pointed out that the state government also paid the six months pension arrears it inherited.

He said the non-payment of salaries in the past led to untold hardship to the people as most civil servants supported different strata of the society.

The governor said rather than reduce the minimum wage, government at all levels should work towards addressing the numerous developmental challenges facing the nation.

He said that it is high time political leaders stopped trading blames and focused on solving the problems facing the people.

He said: “We must tackle our problems and stop playing games with the challenges facing our people.”

Governor Wike explained that he has resolved to run an inclusive government because he believes that all political parties can contribute to the development of the state.

According to him, after election there is a need for people to close ranks in the interest of good governance and development.

He decried the mischief of members of the opposition APC during their protest march, saying it is unfortunate that they played politics with human lives.

While praising the development efforts of the Governor, Abdulsalam urged the governor not to reduce the minimum wage in the state.

Abdulsalam was accompanied on the visit by the National Deputy Chairman, Callixtus Okafor, the State Chairman, Favour Reuben and other Rivers State officials of Labour Party.