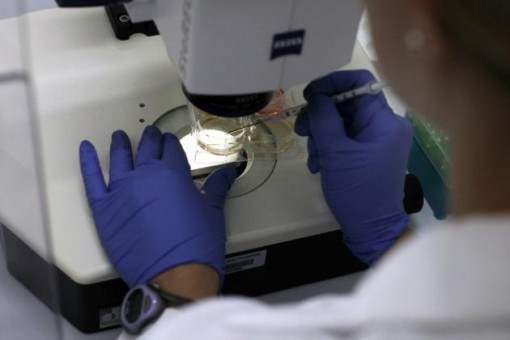 To tackle the menace of cancer disease in the country, an expert in Radiotherapy and Oncology, Prof. Aderemi Tajudeen Ajekigbe has asked the Nigerian authorities ‎to allocate an oil block to cancer to ensure its early detection and management.
The university don also called for the allocation of 51% of the gross income of all members of the executive and legislature at Federal, State and Local Government levels to the same ‎cancer cause, saying, “you will see the wonder these deductions will do in early detection of cancer and its management”.
Prof. Ajekigbe, who is the Head of Department of Radiotherapy and Oncology, Lagos University Teaching Hospital (LUTH) and the College of Medicine, University of Lagos (UNILAG) made this submission on Thursday at the Convocation Lecture of The Polytechnic, Ibadan.
Speaking on the topic, ‘Stepping Out Into The World, Potential Well-Being, Change in Life Style And Cancer Education’, he explained that “it is not just the local growth of tumour cells that makes them so lethal, it is their ability to spread directly through invasion and by metastases to other side of the body.
“It is the spread that provides the plethora of clinical problems that arise, just as no two individuals are exactly the same; although we can make some broad generalisation from clinical experience,” he stated further.
The expert disclosed that from molecular biology, “cancer is now recognised as a genetic disease where mutations in genes, inherited or acquired result in the transition from a normal to a malignant growth pattern.”
Talking about the prevalence of the disease in the country, the university don maintained that there were about two million cancer cases recorded in Nigeria with over 100,000 new cases recorded annually.
He lamented the drain on the nation’s resources through just about 5% of the cancer patients (10,000) that ‎had resources to go abroad where they pay between $10,000 – $15,000 per patient for a three to five weeks course of radiotherapy.
“This translates to about $100,000,000 (a hundred million dollars) per annum foreign exchange drain, yet, Chemotherapy cost is about 5-10 times the cost of radiotherapy,” he said.
Justifying his call for allocation of oil block to cancer treatment, he disclosed that a Mevavoltage cancer therapy ‎machine is available for 33 million Nigerians as against four to about 200,000 Australians, adding, “most patients have little or no access to radiation Oncology services”.