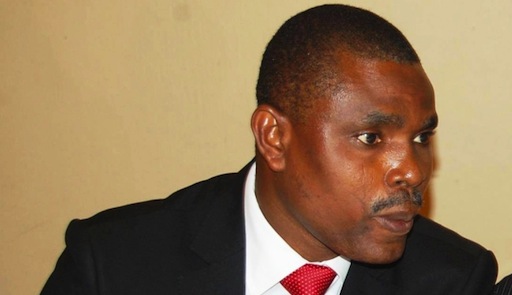 Justice Ibrahim Buba presiding over a federal high court in Lagos, southwest Nigeria, Thursday adjourned till Monday,7 December, 2015 for hearing of fundamental human rights suit filed against Financial Reporting Council (FRC) and its Executive Secretary Osayande Obazee by KPMG Professional Services and its partner, Mr Ayodele Othihiwa.
When the matter was mentioned Thursday, Mr Norrosion Quakers (SAN) appearing for FRC told the court that he has filed preliminary objection to the suit while the applicants have also filed further affidavit in support of their suit.
Consequently, he said he needed time to file a response to the said further affidavit.
Mr Babatunde Fagbohunlu (SAN) representing the applicants, did not raise any objection.
Thereafter, Justce Buba adjourned the matter till next week monday when the mater will be heard.
Meanwhile the order of the court restraining Financial Reporting Council of Nigeria (FRC) and its executive secretary and CEO, Mr. Jim Osayande Obazee, from taking any action, sanction or measure against KPMG Professional Services and Mr. Ayodele Othihiwa, a partner in the firm, pending the hearing and determination of the suit filed by the applicants still subsists.
The interim order of the court granted was sequel to an application argued before the court by Barrister Chuka Ikwuazo from the law firm of Aluko and Oyebode, urging the court to restrain the respondents from taking any sanction and also order an accelerated hearing of the suit.
The interim order was granted by the court against the FRC.
On 4 November, Justice Buba also ordered the FRC to maintain the status quo in a related case filed by Stanbic IBTC bank now pending before the court.
KPMG and its partner Ayodele Othihiwa had filed an application for the enforcement of their fundamental rights following the FRC letter of 26 October, 2015, which it called a final notice and its ‘regulatory decision’ conveyed in another letter of 30 October, on the financial statements of Stanbic IBTC Holdings Plc for 2013 and 2014.
The FRC in one of its regulatory decisions had suspended Othihiwa “until the investigation as to the extent of the negligence of KPMG Professional Services is ascertained”.
KPMG and Othihiwa contend that the FRC decision was published and issued without informing or notifying them of the nature of the allegations made against them and inviting them to respond to the allegations.
FRC’s decision, KPMG and Othihiwa claimed, not only violated their constitutional right to fair hearing but also offends Section 62(2) of the Financial Reporting Act, which spells out the procedure to be adopted by the FRC in investigating a professional body for any “complaint or dishonest practice, negligence, professional misconduct or malpractice”.
The section states that FRC shall “notify the professional body whose conduct, act or omission is under investigation of the nature of the complaint and it shall summon or hear the professional”.
The applicants further contended that FRC and Mr. Obazee did not only breach this section, but they also breached Section 15(2) b of the FRC Act, which states that a Technical and Oversight Committee shall review “ sanctions to be meted out to any professional accountant, professional or public interest entity”.
KPMG and Othihiwa further claimed that even where the Technical and Oversight Committee had ratified the decision of the FRC, the FRC had failed to exhaust the provisions of its own law, by allowing them to exercise their right of appeal to the Technical Committee and by subjecting its decision to the approval of the FRC board.
The FRC at the moment has no board. It was dissolved on 16 July, 2015.
“In effect the respondents purported to make and they seek to enforce the aforesaid ‘regulatory decision’ at a time when the statutory means of recourse stipulated under the Act does not exist,” KPMG and Othihiwa stated in their application.
KPMG and Othihiwa in asking the court for accelerated hearing averred that they have been greatly affected and have the potential of suffering greater loss of business opportunities and turnover of business, as a result of the action of the FRC, which they consider unfair, ultra vires and a breach of their fundamental rights to a fair hearing.
The court case marked the second reaction of KPMG Professional Services to the decisions of Financial Reporting Council within a month.