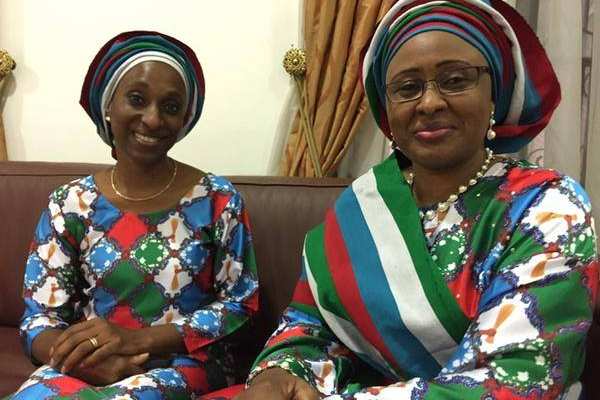 Wife of the Vice President, Mrs. Dolapo Osinbajo, has urged Nigerian women to be proud of themselves because they possess indispensable intrinsic values crucial for human and societal development.
Osinbajo stated this in Ibadan, capital of Oyo State, western Nigeria, at the 4th national women’s summit organized by the Oyo State Official’s Wives Association, led by the Wife of the Governor and Chairperson of OYSOWA, Mrs. Florence Ajimobi.
She further stated that there was possibility of a systemic collapse in the country should all women professionals and traders decide to down tools for even an hour.
As homemakers, the vice president’s wife admonished parents not to shirk their responsibilities to their children and husbands, in order not to mortgage the future of their respective families.
Recalling her encounter with a former armed robber, Shina Rambo, Osinbajo said the experience “was an eye opener to me about how parental neglect drive children into criminality. Rambo shared the experience of how he was abused and traumatized as a child. He showed me his back and I saw marks from caning. This, he told me, sent him to the streets. We must show love to our children. God can use you. There was a time I was going under the bridge to preach to gangsters to change their ways. With my small frame, God used me on a particular occasion to avert bloodshed among rival cult groups spoiling for war.”
She emphasized that women were indispensable members of the society, without whom the men could not function, urging women to “laugh your laugh, dance your dance, make merry and be happy.”
In his remarks, Governor Ajimobi urged women to brace for elective and appointive leadership roles in the country, expressing optimism that the Taraba governorship candidate of the All Progressives Congress, Mrs. Jumai Alhassan, would eventually be inaugurated as governor.
Lauding the organisers of the event for their consistency in the last four years, he said that the gains of the two-day summit would impact on the social consciousness and political awareness of the women folk.
Ajimobi said, “The earlier summits had been significant and quite effective in moulding women in our society to adopt and adapt styles of leadership to suit the tasks and the situations that arise in everyday life and business. Some of our women believe that to be seen as a successful leader, they need to be intelligent, and strong to earn respect or credibility. History has shown that many women leaders are usually perceived as aloof, cold, tough, stubborn, unfeeling, etc.
“This summit must, therefore, create new breed women who would use wealth (material or experience); wellness (of mind and body) and wisdom (divine or acquired) to infiltrate the political structure of our nation and have strong representation in the internal party structure as the key to getting across to elective and appointive positions of leadership. Though Taraba State has started, as long as we do not have enough and meaningful representation in the party hierarchy, women may continue to be praise singers and welfare managers only. The ball, as they say, is in your court.”
In her speech, Florence, the wife of the governor said that the gains of the last three editions of the summit had left indelible marks in the lives of women, exhuding confidence that the life-changing summit had become a platform for women to generate practical ideas to attain their full potential.
She challenged the country’s women to be prepared to take risks to have a say in governance, a step she said was necessary for women to achieve the desired change and relevance they have been clamouring for.
According to her, “I noticed with dismay the reduced number of women holding elective posts in the current dispensation, with only 22 women making it to the National Assembly, compared to 32 in the 7th Assembly. This is disheartening to say the least, as I honestly expected an increase in the number of women (in elective positions). The situation is the same here in Oyo State where we have only two women in the House of Assembly.”