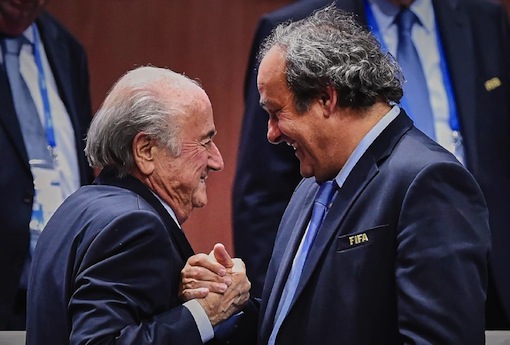 It said the committee would make final verdict on the two officials on suspension within two weeks of the hearings.

Blatter and Platini were given 90-day suspensions by the FIFA ethics committee’s adjudicatory chamber following a Swiss criminal investigation against Blatter launched on September 25.

It said as part of the investigation, Platini was asked to provide information about a payment of about 2 million dollars signed off by Blatter in 2011 for work done between 1998 and 2002.

A source from the governing body said should lawyer Hans-Joachim Eckert, Chairman of the adjudicatory chamber, decide the payment was corruption, and then the pair face being kicked out of football for life.

Platini, 60, is a former France international and as UEFA President, was widely tipped as a potential FIFA president.

The 79-year old Blatter has headed FIFA since 1998 but has promised to step down at an extraordinary congress in February 2016 with the organisation dogged by scandal and allegations of corruption.